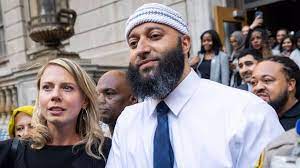 Less than a month ago, on September 19th 2022, Adnan Syed was released from incarceration for what was a lifelong prison sentence for murder. He had been serving a life sentence since 1999 after he was convicted for strangling his high school classmate and ex-girlfriend Hae Min Lee to death. However, like many criminal cases for people of color, he was given an unfair trial without proper due process. The prosecution team illegally suppressed exculpatory evidence that would have justifiably helped Adnan Syed’s case for exoneration. Furthermore, the plaintiff withheld constructive information about two other suspects that should have been involved in the investigation and charged. During a 2019 rehearing, no DNA was found in the car Lee was strangled in. It is for these reasons Adnan Syed was released from jail, while the prosecution team had 30 days to proceed with a new trial or drop the case. Adnan Syed will not be ruled innocent or not guilty until the case is dropped. The prosecutors proceeded to dropping the case on October,13th 2022. Adnan Syed is now a fully exonerated free man.

Adnan Syed is a first-generation Muslim-American born to Pakistani immigrants. When his release from prison due to an unfair trial by jury was publicized, Muslim Twitter rejoiced and began sharply demanding the previously withheld evidence from the prosecuting team be unhidden. Others griped about how Syed should be compensated millions of dollars by the State of Maryland for his false conviction. I saw one young woman exclaim Adnan Syed should be rewarded the entire Maryland public budget for the state’s negligence because it caused him to lose his entire young adult life. It was a well-organized storm of rebuke for the unfair due process their Muslim brother received. Immigrant Muslims and first-generation Muslims in the United States of all racial backgrounds collectively made Adnan Syed a nationally trending topic on Twitter. I saw Pakistani-Americans, Bangladeshi-Americans, Somali-Americans, Sudanese-Americans, Lebanese-Americans, Egyptian-Americans, and so many other Muslim nationalities of people raising awareness about racial bias in the American justice system. Petitions to free
Adnan Syed have thousands of signatures online.

The optics gave me mixed feelings. I was happy to see my ummah (community) follow the instruction Prophet Muhammad (PBUH) gave his followers when it pertains to changing injustice with one’s hands or voice (Sahih Muslim #49). But at the same time, I was disappointed to see such a classic display of selective activism. It is easy to tell Adnan Syed’s run-in with centuries old American legal discrimination was met with greater widespread condemnation because his family origins trace back to a Muslim majority country. We call these types of Muslims “Heritage Muslims” in dawah circles. Far too often we see the religious identity of immigrant Muslim-Americans and first-generation Muslim-Americans receive better recognized validation, while Foundational Black American reverts and Latino American reverts get undermined by their faith community. It unequivocally goes against the divine declaration from Prophet Muhammad when he said, “O people, your Lord is one and your father Adam is one. There is no favor of an Arab over a foreigner, nor a foreigner over an Arab, and neither white skin over black skin, nor black skin over white skin, except by righteousness. Have I not delivered the message?” (Musnad Ahmad #22978). There is no such thing as a hyphenated Muslim in the eyes of Allah (SWT).

The racial, ethnic, or national origin of a Muslim does not even factor into Allah (SWT)’s reasoning when he deals justly with the human family. Therefore, we should invoke unconditional just treatment of all Muslims the same way, especially when it comes to institutionalized racism in the American justice system. Islam is the fasted growing religion in U.S. prisons as 18% of the total incarcerated population is Muslim, compared to just 1% of the entire American population (Bershidsky, 2017). 80% of all prison religious conversions are to Islam (Bershidsky, 2017). Studies show, one-third of all Black American inmates revert to Islam (SpearIt, 2013). Latino American inmates are also playing a huge role in the omnipresent spreading of Islam in US prisons (SpearIt, 2013). That being said, Black Americans who are predominantly Foundational Black Americans, account for 53% of all wrongful convictions in the United States (Chang, 2022). Not only that, they are 7.5x more likely to be wrongfully convicted for murder than White Americans (Swarns, 2022). 40% of Latino Americans who falsely confessed to crimes said they did not fully understand spoken English, which was an underlying reason for their wrongful imprisonment (Selby, 2020). Black American males receive sentences that are on average 19.1% longer than white male offenders with the same previous criminal record (USSC, 2017). Latino Americans also receive considerably harsher sentences than white offenders with the same previous criminal record (Cipriano, 2022) Due to these statistics, it is profoundly evident that Foundational Black Americans and Latino Americans need our help most when it comes to raising awareness about legal discrimination in the American justice system. Muslim Americans should be giving more prison reform attention to those two demographics than they do to immigrant Muslims or the descendants of immigrant Muslims. Instead, victims like Adnan Syed garner the bulk of the focus. Prison statistics indicate that there are roughly 378,000 incarcerated Muslims in the United States given the fact 18% of inmates in U.S. correctional facilities are Muslim and the total incarcerated population in the United States is 2 million people (Sawyer and Wagner, 2022). Most of them are Foundational Black Americans and Latino Americans, which means there are bound to be thousands of falsely convicted Muslims behind bars just like Adnan Syed was. Their human rights deserve to be protected by our ummah too. Prophet Muhammad (PBUH) said, “A man does not accuse another man of wickedness or unbelief but that it will be turned against him, if his companion is innocent” (Sahih Bukhari #6045). False accusations are resolutely condemned and prohibited in Islam. One of the seven biggest sins in Islam is falsely accusing a chaste woman of adultery (Quran 24:4; Sahih Bukhari in FathAl-Bari 5/393). Ibn Abbas (RA), the first cousin of the Prophet Muhammad (PBUH), is recognized as the most renowned translator of the Quran and he contended that there are 70 major sins in Islam. Bearing false witness and being a dishonest judge in a court of law are two transgressions included in the 70 major sins in Islam. As a result, it is crystal clear to see Islam makes it incumbent on the Muslim community to suppress loopholes in the justice system rooted in dynamics like legal discrimination by race. Prophet Muhammad (PBUH) once said, “Ward off hudud (legal punishments) from the Muslims as much as you can, and if you find a way out for the person, then let them go. For it is better for authority to err in mercy that to err in punishment.” (Sunan al-Tirmidhi #1424).

The American justice system is unfairly stricter with Black and Brown Americans in sentencing. The legal bias is why Foundational Black Americans and Latino Americans are disproportionally falsely convicted of crimes. Once again, prison statistics indicate that there are roughly 378,000 incarcerated Muslims in the United States. Most of them are Foundational Black Americans and Latino Americans. If the Muslim community advocated for all our reverts being put under the same circumstances as Adnan Syed was, the reward from Allah (SWT) will be increased by thousandfolds. Prophet Muhammad (PBUH) said, “A Muslim is a brother of another Muslim, so he should not oppress him, nor should he hand him over to an oppressor.” (Sahih Bukhari Volume 3, Book 43, #622). There is no difference between a revert Muslim and a non-revert Muslim in the eyes of Allah (SWT). In fact, Islam teaches every human is born in a state of fitrah (purity and innocence), in conjunction meaning everybody is born in full submission to Allah (SWT). Allah (SWT) eliminates the advantage given to children born to Muslim parents because he does not make Islamic religious obligations mandatory for humans until they reach puberty because it is the time they can reason like an adult. Moreover, understanding the logic behind Islam’s belief system is an indispensable part of being a good- standing Muslim. Prophet Muhammad (PBUH) said, “If Allah wants to do good to a person, he makes him comprehend the religion.” (Sahih Bukhari #71). Blindly following the deen because one was born into Islam through his or her parents is not what tawakkul (trust in Allah) is all about. Allah (SWT) says, “When it is said to them, ‘Come to Allah’s revelations and to the Messenger,’ they reply, ‘What we found our forefathers practicing is good enough for us.’ ˹Would they still do so,˺ even if their forefathers had absolutely no knowledge or guidance?” (Quran 5:104). If you follow the straight path because your parents told you to do so without any reason given behind the ahkam (Allah’s commandments), you fall into the category of children or follow their ignorant forefathers. Yes, even if your parents’ religious teachings are completely parallel with the Quran and Sunnah. The reason being because “Remember God’s blessings upon you, and what He sent down to you of the ‘Al-Ketab’ and ‘Al-Hekmah’ to enlighten you with it.” (Quran 2:231). Allah (SWT) tells us we can only remember the blessings he sends us through the Quran and Al-Hekmah (God’s Wisdom). Therefore, Allah (SWT) clearly tells us that we are not fully following the Quran until we understand the wisdom behind his commandments. That can never be achieved by blindly following the ahkam our parents told us from a young age without reason. Merely inheriting religious beliefs from Muslim parents is incompatible with full submission to Allah (SWT). This reality is exactly why the greater social validation Heritage Muslims receive over Muslim Reverts is completely baseless and sinful.

Inmates who revert to Islam study the religion and make a conscientious decision when they become Muslim. They often times cite Islam’s strict disciplinary system, social justice advocacy, and sense of community as the remedy they need to turn their lives’ around. One could say, reverts like them are the ones who truly fall in love with the beauty of Islam. In Islam when someone gives his or her shahada, all their past sins are forgiven. This is another reason why invalidating a new revert’s Muslim identity is foolish because his or her kiraman katibin (record of deeds) is closer to unblemished than Heritage Muslim’s. No culture is indigenous to Islam. Arabs were predominately polytheist before Prophet Muhammad (PBUH)’s lifetime. The American Muslim community must use Adnan Syed’s wrongful conviction as an invitation to be the unified voice of Foundational Black American Muslims and Latino American Muslims being persecuted in prison. Many are suffering from wrongful convictions and racially biased harsher sentences. Some are even being restricted from fulfilling their basic religious obligations like reading the Quran, praying salah, and eating halal meals. Learn ways you can become an ally to Muslim reverts behind bars by contacting the Black Dawah Network.

Danial Osmani is a 24-year-old young activist born and raised in Massachusetts. The constant attacks Osmani’s Grade 8-12 classmates and teachers waged on the integrity of Islam caused him to nearly undeclare his shahada as an adolescent. Osmani’s independent studying of Brother Malcolm X later revealed the usefulness and productivity of Islam to him. Since then he has devoutly used his Muslim faith to liberate Black and Brown America.