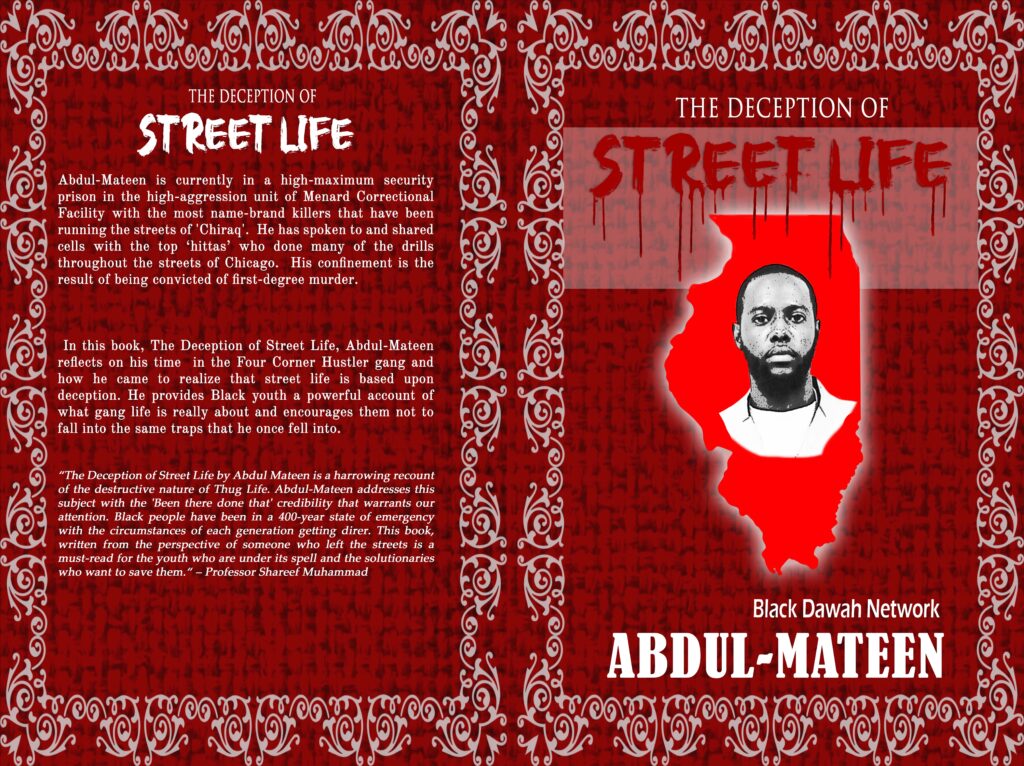 Gang-Banging, the dope-game, and the violence associated with street culture cannot continue if Black America is to be lifted out of their 400 plus year oppression. Allah (swt) tells us in Surah Tawbah that “It is God Who sent His Messenger with guidance and a true religion that will prevail over all other religions, even though the pagans may dislike it.” Islam and the so-called street code are the two opposing forces in the ghetto. Islam and the community of righteous Muslims (the Ummah) will prevail over all gangs and their destructive culture.

The Black Dawah Network Book Series: The Deception of Street Life is a manifestation of God’s Hand intervening in the affairs of black people. The book series introduces the voices of former gang members whose subsequent conversion to Islam has given them powerful insights into the deceptive and destructive nature of gang culture. In this series, each former gang member chronicles what led them to put down the flag of their gang and pick up the banner of la ilaha illallah muhammadur rasulullah. These ex-gang members are have solid reputations in the street. They lived by the code of the streets without wavering and now they are here to provide a stern warning to Black youth who may be enamored by the life that they actually lived.

The first book in the series, The Deception of Street Life by Abdul-Mateen will be available for purchase on July 18th, 2022. In The Deception of Street Life Abdul-Mateen, a former member of the Four Corner Hustlers gang based in Chicago’s westside takes us on the journey through the pitfalls of gang life and shows us why it is not what it’s pretends it is in these rap songs. Abdul-Mateen is currently serving a 65 year prison sentence for first-degree murder. His book is a powerful account of the deceptive nature of street life. He wants to steer Black youth away from the traps that he fell into.

The books in this series will be used by Muslims in Stateville prison, Menard Prison, Attica Prison, Rikers Island, Norfolk prison, and other correctional facilities and penitentiaries throughout the United States to aid in their dawah to incoming jail inmates. May Allah guide them and grant them success in their work.