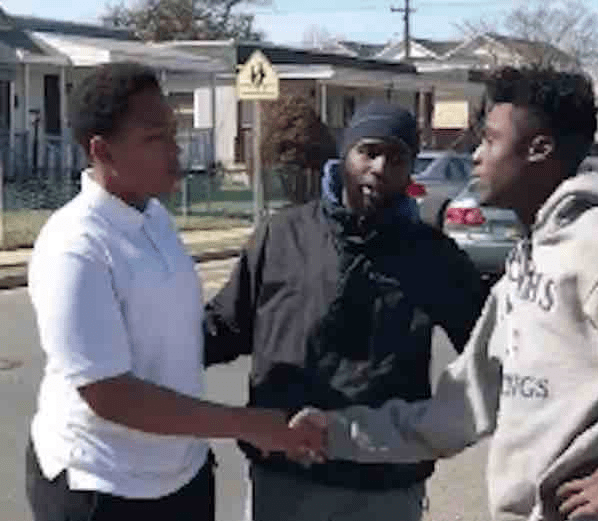 Ibn Ali Miller caught the world’s attention when a video went viral of him stopping a fight between two teenagers. He selflessly intervened taking the time to explain to them that the violence they were engaging in was not necessary. Since this video has gained large views he has appeared on several media outlets including the Steve Harvey Show. He explained his motivation and the influence of Islam.  Ibn Ali Miller exemplified the mandate given in the Quran to enjoin what is right and forbid what is wrong.

In a talk titled “Islam in the Hood” Ibn Alii Miller speaks about his own journey to Islam. He speaks about a cousin of his who had just gotten back from a long prison sentence and a block party had been organized to celebrate his return from prison. Sadly, Ibn Ali Miller’s cousin would be tragically shot down. Seeing the path of his cousin, Ibn Ali Miller says the incident would bring him closer to Allah. He states:

“In our communities when you want to be a man, when you actually say, you know what i’m done, i want to live a good life, a wholesome life, a life that matters, I want to contribute to my community, i want to be a man to my family, a husband and a father to my children,… you be a Muslim. So I went to the Mosque.”

This kind of intervention in our communities that Ibn Ali Miller partook in to break up a fight challenges us to replace conventional stereotypes of the ghetto with constructive models of masculinity. Faith-inspired manhood is a missing component in the lives of African-Americans man, woman, and child. By Ibn Ali Miller taking the time to speak sobering words and offer sound advice he may have broken a cycle within the community and brought about lasting change.