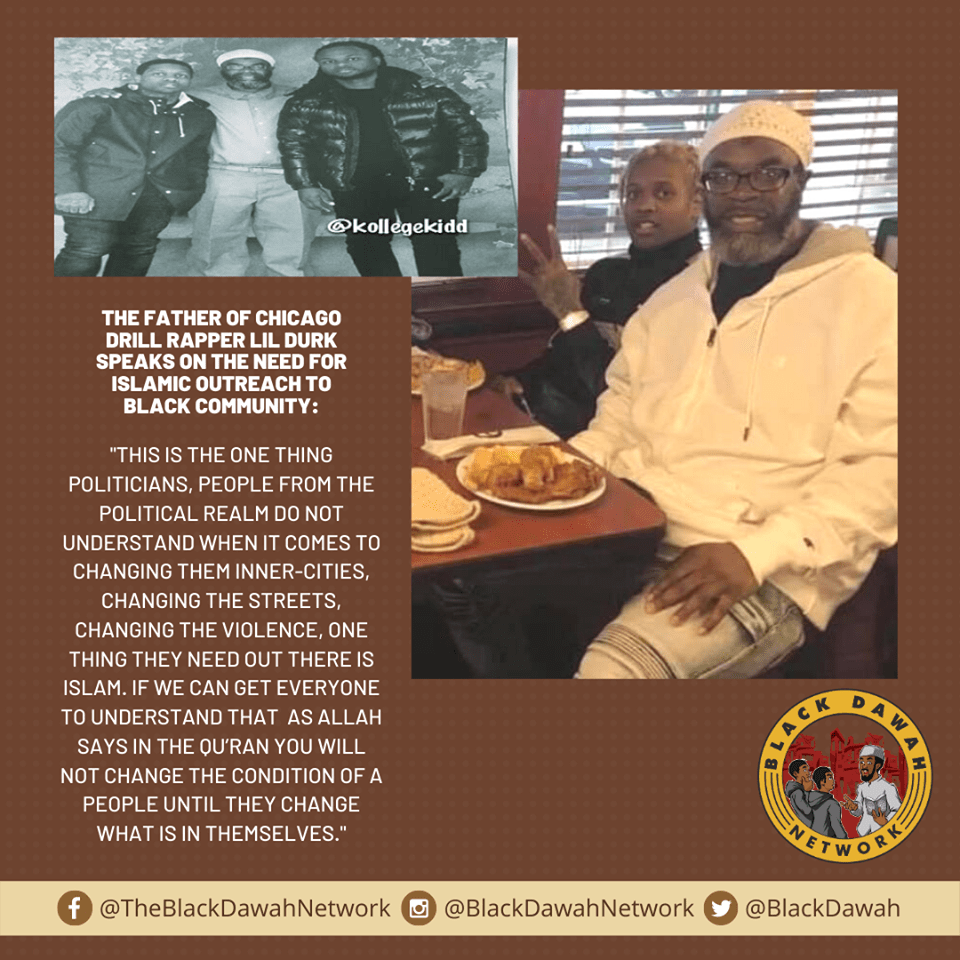 Lil Durk made a name for himself in Chicago’s Drill scene. Drill music is a genre Chicago hip-hop that is characterized by its violent and nihilistic lyrical content, reflecting the state of affairs for much black youth within Chicago’s poor inner-city. One study found that a black male living in one of Chicago’s nine “extremely distressed” black neighborhoods was less likely to survive the next five years of his life than an adult male in Bangladesh.

In one news report, a white news reporter asked Black youth from Englewood, What makes you guys tick?”. The young Chicagoan responded, “We’ve got to eat…We want to. We want money. Rob, steal and kill. That’s the only way. We didn’t grow up in Beverly Hills. We don’t get it handed to us.”  When asked about the solution to the violence, one Black youth responded “There’s no solution to the violence. Killing, killing is the solution.”

This is the Englewood neighborhood in Chicago where Lil Durk was born and came of age is notorious for its gang violence but a lesser-known fact about the neighborhood is how much it was detrimentally impacted by institutional racism. ‘What the CBS report failed to mention is that though Englewood today is predominately Black and among the poorest Black communities in the world, it was once predominately white and affluent. When integration took place and Blacks began to move in Englewood, whites formed a neighborhood association with slogans like: “America for whites, Africa The Only Place for Niggers.”

In order to keep Black people out, whites organized mass anti-integration protests, with one protestor stating in 1949,  “We don’t want them, we don’t want to live with them. I think they’re savages.” After a mere rumor that a house in Englewood was going to be purchased by a Black family, whites began to carry out arsons, physical assaults, and even bombings of  Black residents for simply trying to live their lives. After putting up posters saying “NEGROES INVADING” a bunch of white racists came together initiating what has become known as the “Englewood Race Riots of 1949”. It was the history of this violence that deprived Black communities of opportunities and set the stage for the rise of the drug economy, gangs, and the culture of drill rap in Chicago.

Lil Durk‘s father, known as Big Durk, was himself a product of the deprivation that stemmed from institutional racism.  In an interview, Big Durk describes his upbringing with his mother on drugs and experiencing homelessness in Englewood neighborhood. He states he began selling drugs to earn fast cash and quickly made his way up the ranks having been affiliated with Larry Hoover, the leader of the Gangsta Disciples in Chicago. Convicted under racial discriminatory laws that resulted in disparate sentences for cocaine distribution,  Big Durk was given a life sentence for selling cocaine throughout Chicago.

Lil Durk was only seven months old when his father was arrested. While Lil Durk would become known as a drill rapper deeply associated with Chicago’s gang life, his father Big Durk would transform himself into an Imam in prison and issued this power message behind prison walls.

‘One of the greatest joys any father can have is when his father is guided to this way of life Islam. It is the greatest blessing of all. I have been blessed that both of my sons are interested in Islam and whenever I get the chance throughout these phone calls I try to give them a piece of this deen, this way of life… This is the one thing politicians, people from the political realm do not understand when it comes to changing them inner-cities, changing the streets, changing the violence, one thing they need out there is Islam. If we can get everyone to understand that  As Allah Says in the Qu’ran you will not change the condition of a people until they change what is in themselves.”