On November 6th, 2019, Kimberly Underwood was on her way home to Altgeld Gardens. A gang conflict broke out, bullets started flying, and sadly she was struck and killed in the crossfire.

Her sister Sandra Underwood said, “She moved into the apartment about two years ago after she lost her job as a manager of a restaurant and could no longer afford to keep her house in south suburban Hazel Crest.” Sandra Underwood  added “She said they was always shooting all the time” and “They killed her for nothing. It was a mistake.”

This was only the most recent killing.

The Muslims spoke to the youth about Malcolm X, the vision he had for empowering Black communities that as Black people we should not be fighting one another but instead we should be fighting the system of white supremacy that has confined our people to live in wretched conditions. We reminded our people how Malcolm X was once a hustler, drug seller, and even a pimp but there was something that transformed his life enabling him to become the dynamic leader he was: Islam. We spoke to our people about Islam and what it can do to transform our communities.

Muslim leader of the Flaming Crescent Society Salim Abdul Khaliq stated “Teenage youth gathered around my car as brother Hakeem Muhammad spoke to them about Malcolm X. We talked to the people about stopping Black on Black violence and uplifting respect for Black women and kids. Many people were glad to see the Muslims and wanted to see us come back. Both men and women in Altgeld were happy to see the Muslims cared about them.”

Brother Carlos added, “Sharing with them the wonderful message of Islam and its values which is much needed in the hood. We have a shining example of how Islam can make a positive change in men through Brother Malcolm X. It was truly a pleasure to be involved with the Black Dawah Network.” 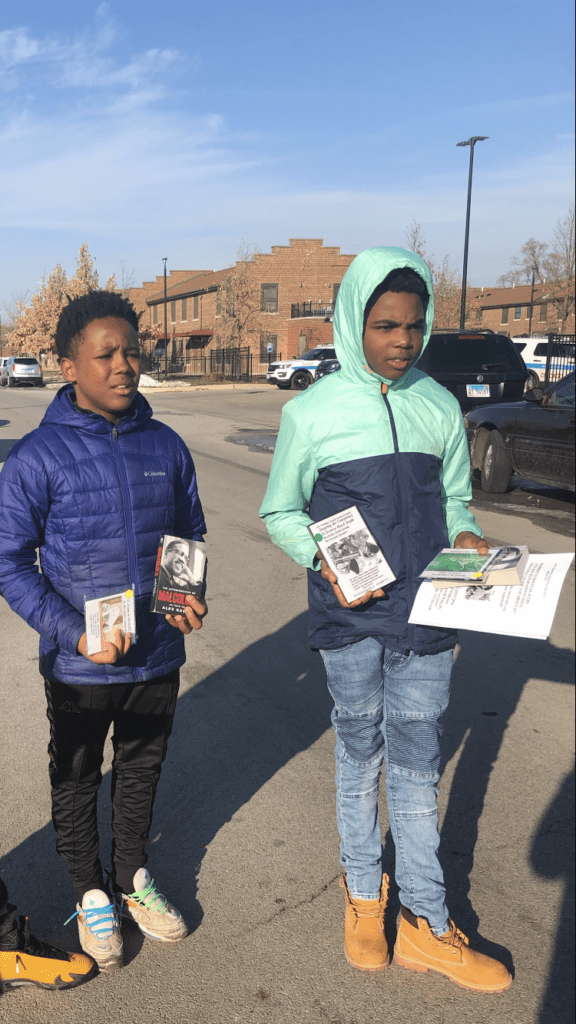 The Islamic Outreach event in Altgeld Gardens  was made possible through a joint collaboration between Black Dawah Network and Flaming Crescent Society.

Founded in 2019, The Black Dawah Network, is a Muslim outreach organization that promotes Islamic values and virtues in desolated inner-city Black communities impacted by the legacy of Jim Crow, redlining, and other manifestations of institutional racism. Inspired by the work of Malcolm X in uplifting the Black community and following the tradition of the Holy Prophet Muhammad (SAW), our work is empowering the Black community with the message of Islam.

The Flaming Crescent Society was established by Salim Abdul-Khaliq with the assistance of Ilayas Muhammad to fulfill MalcolmX’s vision of uplifting Black communities with Islam.  The Flaming Crescent Society speaks out against drug addiction, black on black violence, and promotes the uplifting of black women and youth through its promotion of the way of life of Malcolm X: Islam. 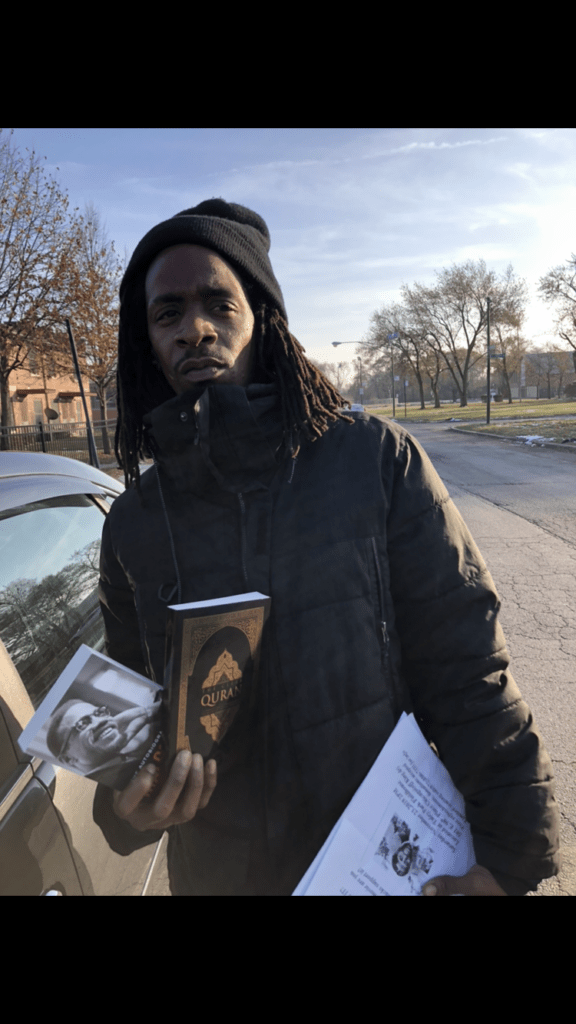 The Altgeld Gardens has been suffering from gang violence and even the youth have been impacted.  In the previous month of October, teenager Jordan Webb, at only 17 years old was found dead in Altgelds Garden with a shot to his abdomen.

Another Chicago Tribune article reads “12-year-old was hit in the leg about 8:45 p.m. in the 13100 block of South Corliss Avenue in the Altgeld Gardens housing complex.”

With the average annual income of Altgeld Garden being  $7,500 a year.”, many mothers are unable to provide basic necessities for children. Gangs and drug economy often exist for a way for many to have fast money.

The Altgeld Gardens was also home to the now slain rapper, Lil Jojo. His track,“Put In Work’ track, further describes his life on a day to day bringing money from the streets. He raps “I’m counting so much money my fingers hurt. Shooting all these guns now my fingers hurt. You better duck ‘cause these shells hurt… Gang-BANG doing hits.” In other rap videos, Lil Jojo can be seen taunting  rivals.

After Lil Jojo was tragically shot and killed, his brother gave these pertinent words about his rap videos “It was a character and just an image that he was giving, because that image is hot. We’re not from the North Side. We’re not from the nice community. We’re from the ’hood. We’re from where mothafuckas are hungry and ain’t got shit and it’s a matter of whether you’re a nigga that do eat or don’t. The nigga that eat do negative things to get it.”

But how did the Altgeld Gardens become this way? To understand this requires studying the history of structural racism against Black community in Altgeld Gardens. 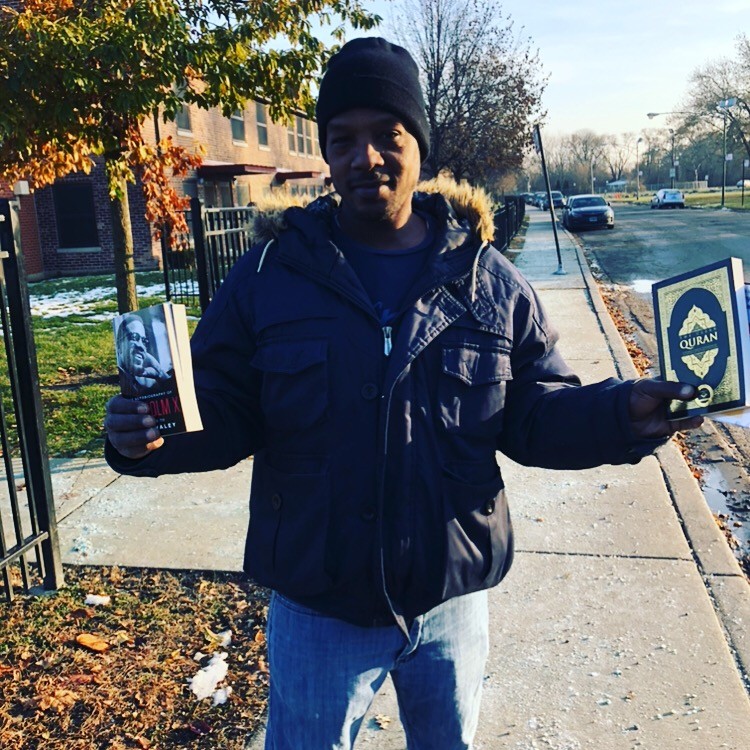 From its inception, Altgeld Gardens has been impacted by structural racism. It was originally developed in the 1940’s as a segregated housing unit for African-Americans.

The article Protecting Endangered Communities published in the Urban Law Journal notes Altgeld Garden was allowed to be built on an abandoned landfill filled with hazardous waste prior to the emergence of the  Environmental Protection Agency in 1970 which began to regulate the proximity by which community could live next to hazardous waste.

The Environmental Justice Atlas stated that “Altgeld Gardens had the highest concentration of hazardous waste sites in the nation.”

The Chicago Housing Authority constructed the housing without adequate plumbing technology and would not even give this community the benefit of regular garbage disposable services. Moreover, it was discovered the community was not built with a proper sewer line and thus had contaminated water with cancer causing chemicals.

This community was essentially neglected by city agencies. Perhaps more appalling and disgusting is the place that the Chicago Housing Authority decided to build this housing project.

Altgeld Gardens community was built in an area surrounded by 53 toxic waste facilities and 90% of the Chicago’s landfills. It was filled with toxins such as ammonia gas, lead, heavy metals, and xylene and stood surrounded by a chemical waste incinerator. The residents of this area have an extremely high rate of children born with brain tumors; an abnormal number of fetuses in the area were aborted because of brains developing outside of the skull.

Hakeem Muhammad, president of Black Dawah Network, a Public Interest Law Scholar, and former lecturer on Critical Race Theory at Harvard and U.C Berkeley explains, “Environmental racism refers to how African-American communities were designed by city planners to be in closer proximity to environmental toxins than white communities. Altgeld Gardens is a textbook case of environmental racism. The Environmental Protection Agency has noted that the level of toxicity that the residents of Altgeld Gardens are subjected to actually makes the housing project unfit for human habitation. Altgeld Gardens projects causes us to think critically as to whether civil rights legislation effectively eradicated racial discrimination against African-Americans.

Altgeld Gardens was built as a segregated housing unit for African-Americans in the 40’s when racial discrimination was law and it was built  prior to the EPA regulated how close humans could live near hazardous waste. Yet, here we are decades after civil rights legislation in which low-income African-Americans continue to live in an area of Chicago which the Environmental Protection Agency has indicated is not fit for humans habitation.”

The Natural Resources Defense Council has indicated that “Riverdale, the Chicago community of which Altgeld Gardens is a part, is 95 percent black and has per capita income of $7,500 a year.”

The Time Has Come Islam

Muslims must work to uplift the most oppressed Black communities with the message of Islam. This was the legacy of Malcolm X and a legacy the Black Dawah Network intends to continue.

Black Muslim men regardless of their socioeconomic class, education in Islamic sciences, or academia, must be willing to go into the hood, in the most violent and dangerous of neighborhoods and communicate the message of Islam to the hood. This is our responsibility.

Donate to support the fastest growing Muslim organizations in Black America at https://www.gofundme.com/f/support-the-black-dawah-network?fbclid=IwAR08YJaLqB5rMgfJwyHUtNCdN_QgqfxKdp7zxfTR-w–P1COXTKNRQ29BKg