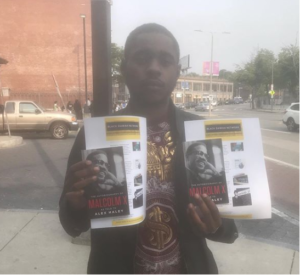 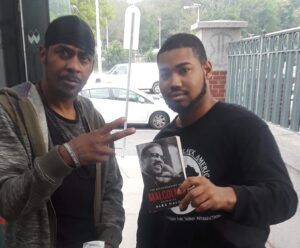 Dudley Square in  Roxbury, Massachusetts was a former hangout spot of Malcolm X. As someone who dropped out of school in the eight grade, Malcolm X declared “My high school was the Black ghetto of Roxbury, Massachusetts.” Unfortunately,  the black ghetto of Roxbury, Massachusetts and surrounding Black Communities still suffering from a host of social problems from gang violence, the lack of quality education, the school to prison pipeline and more.  Malcolm X said he once “choked with poor, ignorant black men suffering all of the evils that Islam could cure.” On June 2nd, 2019, in light of these conditions,  Black Dawah Network distributed over 100 copies of the Autobiography of Malcolm X in Roxbury to Black brothers and sisters as we engaged them in a conversation about Islam. The event was a success with many brothers and sisters wanting to learn more about Islam.

The Black Dawah Network is following the tradition of Malcolm X who went up and down Detroit’s ghettos inviting all of the Black community to Islam, from drug dealers, drug addicts to gangsters. The vision of the Black Dawah Network is to produce the next generation of Muslims who will stand firmly upon the rope of Allah to give dawah to a people in desperate need of what Islam offers and who do not fear, teaching the religion of Prophet Muhammad, peace be upon him. 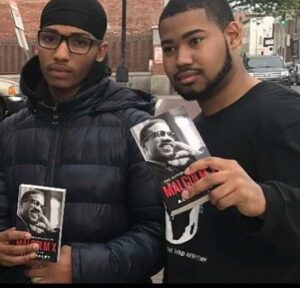 The Black Dawah Network is following the tradition of Malcolm X, who responded to Said Ramadan in 1965, after he expressed concerns that Malcolm X still sounded like a nationalist in his speeches.   He told Ramadan, “that being an African American, he felt his ‘first responsibility’ was to ‘my 22 million fellow Black Americans who suffer the same indignities because of their color as I do.’

Black Dawah Network aims to do a similar event in the communities of Mildred C Hailey apartments, Lenox Street Projects, and Academy Homes. Help spread the light of Islam by donating to the Black Dawah Network.