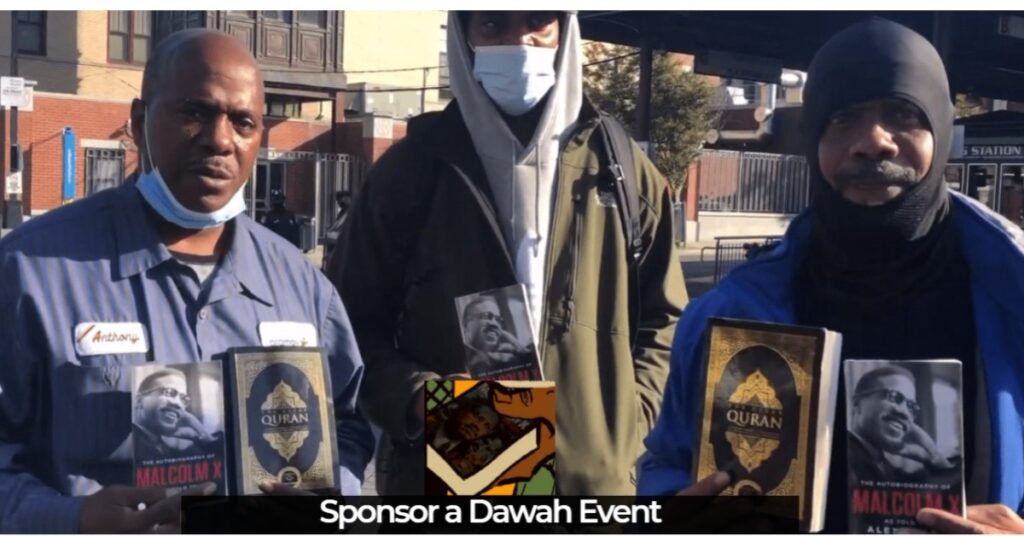 Tip #1: Be welcoming and Practice True Brotherhood and Sisterhood

The Prophet Muhammad (PBUH) said that there are three sacred things to a Muslim: life, property, and honor. These things are inviolable. Muslim communities must teach the sanctity of these three things. They must remind Muslims of the seriousness of violating them.

Many African-American converts to Islam come from environments where life, property, and honor are constantly threatened. The system of white supremacy has confined many African-Americans to ghettos which as Brother Malcolm X reminded us “forced our people not to aspire to higher things but to look at everyday living as mere survival.” The ghetto is filled with violence where people’s lives are threatened, their possessions are under a constant threat of being stolen or damaged, and there is constant disrespect. Lives have been lost over these three things being violated but more damaging is the loss of trust. Many African-Americans have lost trust in each other and religion. If we are to restore the trust and build the credibility of Islam among the believers then we must return to protecting at all costs each other’s life, property, and honor. We must practice true brotherhood and sisterhood.

When you see a brother or sister step foot in the Mosque be sure to be welcoming.  Show them love and smile when greeting them. Take a deep interest in who they are as a person.

Tip #2: Teach the legacy of Islam in the African-American community outside of Black History Month

Despite Islam virtually disappearing after the Civil War there was a resurgence of the faith in the 20th century. Thanks to luminaries like Malcolm X, Muhammad Ali, and others who preached against the racial and global injustices perpetrated by the United States, Islam gained much momentum in the Black community. Today, African-American Muslims are possibly the largest demographic of Muslims. They laid the foundation for an unapologetically confident Muslim identity. African-American Muslim converts especially will be edified by the knowledge that they are historically the first Muslims in America. Masajid should regularly revisit the legacy of African-American Muslims to glean what lessons they can learn from it and how they can build on it.

Masajid must make African-American Muslim converts feel included and that they belong. In order to facilitate this, the culture of the African-American people must be respected. When you see an African-American Muslim convert progressing in his practice of Islam and showing the character of a Muslim, give him the opportunity if he is willing, to give a talk on What Islam did for him. Create informal study circles and facilitate informal discussions on important quotes from Malcolm X such as “Education is the passport to the future, for tomorrow, belongs to those who prepare for it today” and have them discuss how to apply it to their life.  Create study circles to host discussions on how they are applying the principles of the Qu’ran to their own life.

Islam is a practical faith that deals with one’s life both here and in the hereafter. Many African-Americans came to Islam in search of a way out of the socially depressing state of the inner-city. Some had a crisis of meaning that drove them to a higher purpose. It is long overdue that masjids focus on repairing cultural damage. Learning the proper beliefs of a Muslim (aqeedah), must go hand in hand with the socio ethos of enjoining what is right and forbidding what is wrong.

There should be a concentrated effort to preach against the vices and sins that inflict the inner-city that directly disempower the African-American community and make its people more vulnerable. This includes public preaching against murder, drugs, fornication. The Muslim must be the clean and wise alternative to society’s filth and confusion. As the saying from the Malcolm X movies goes “A Muslim must be strikingly upright  so that those in the darkness can see the light.” To do this we recommend classes on how a Muslim man and Muslim woman should carry themselves. This would include how to walk. Stand, dress, smell, and groom.  Muslims should learn how to be modest with the opposite sex.  All of these things are parts of the sunnah that have been neglected but have enormous transformative power on the psyche of the person. Remember, Islam for the new convert is a new way of being in the world and they must be taught.

Tip #5   Do not overburden them with rules.

The Prophet Muhammad (PBUH) said “Make things easy and do not make them difficult, cheer the people up by conveying glad tidings to them and do not repulse them.” The Quran was revealed gradually. The rules of Islam were not revealed until after the Muslims migrated to Medina. For the first thirteen years, the Prophet (PBUH) taught the oneness of the Creator and justice. When the rules were revealed the Muslims had fully accepted that there was no God but Allah and that Muhammad (PBUH) was his final messenger. This made it easier for them to accept the acts of worship and demands for new behavior. Today, there are unfortunately some masajid where as soon as someone takes shahadah they dump a bunch of rules on them with no care for where they are in their struggles or journey.

New converts are flooded with Arabic terminology. Similarly, women are receiving proposals before they even learn how to make salat. Islam must be taught with wisdom because that is how Allah revealed it and the Prophet (PBUH) taught it. There should be classes that teach the basics of tawhid, prayer, fasting, zakat, hajj, and how Muslims should respect their body by abstaining from intoxicants and certain foods. You must teach patience to them by treating them with patience.

Tip #6:  Connect your masjid to causes that directly benefit the community.

Islam is a faith of action. So the Muslim body must act. The Prophet Muhammad (PBUH) was part of an association of people who looked out for the orphans. This was before he received revelation. He continued to seek ways to protect the vulnerable even more after the Quran was revealed. The Quran instructs us to care for the weak and vulnerable. It is a religious mandate that we as Muslims stand up for justice and protect those who have no protection from oppression. The masjid should be more than a place of prayer but a focal point for social change.

The Muslim community should join with local organizations that are involved in grassroots community betterment. The masjid should also be the vanguard of improving the conditions of the community. Imams and members of the community should actively hit the streets to make a difference in the lives of ordinary people. In addition to feeding the homeless, combating gang violence, providing drug counseling, creating employment opportunities, Muslims must also lead initiatives to disrupt the school to prison pipeline in African-American communities. Muslims must be at the forefront of seeking to combat injustices in the criminal legal system, pushing for reparations for the descendants of enslaved Africans, and combating police brutality against African-Americans.  Teach the new African-American Muslim convert that Allah will reward them for their work because the positive outcome of these endeavors will benefit humanity. Explain to new African-American converts that by practicing righteousness they are receiving the blessings from doing positive things in the community. They must realize that Islam is a religion of action.