Verily in the remembrance of Allah do hearts find rest! 13:28

Congratulation on embracing Islam. Allah, the most glorious, says in an authentic Hadith Qudsi (saying from Allah not in the Quran)  “Take one step towards me, I will take ten steps towards you. Walk towards me, I will run towards you.” Allah has blessed you to understand that The Creator of all has no partners; that from Him we’ve come and to Him we’ll return; that the only thing that we leave this world with are the deeds that we’ve done. You have also accepted that Prophet Muhammad (peace and blessings of Allah be upon him) is Allah’s final and most perfect Messenger. His life is a beacon of light in dark and confusing times. Those who follow his example (known as sunnah) will also emanate light.

Allah created the human being in the best of molds and wants you to have dignity and grace. Remember that always and allow it to comfort you in times of distress.  The Qur’an is full of guidance from Allah on how to deal with the challenges of life.  Expect to be tried and tested as those who went before you.  Allah says in the Quran, 29:2 “Do people think once they say, ‘We believe that they will be left without being put to the test?”  The tests will come in many different ways.  You will encounter the ignorance of some who hold on to their ignorance like the blind followers who only knew to worship what their fathers worshipped. Your faith may truly be tested by these experiences but know that Allah is still God over all things and will guide you through. To ensure that you do not become disheartened and let their shortcomings affect you here are four tips we recommend to stay mentally strong and be a confident African-American Muslim.

1) Know your History and Legacy as a Muslim 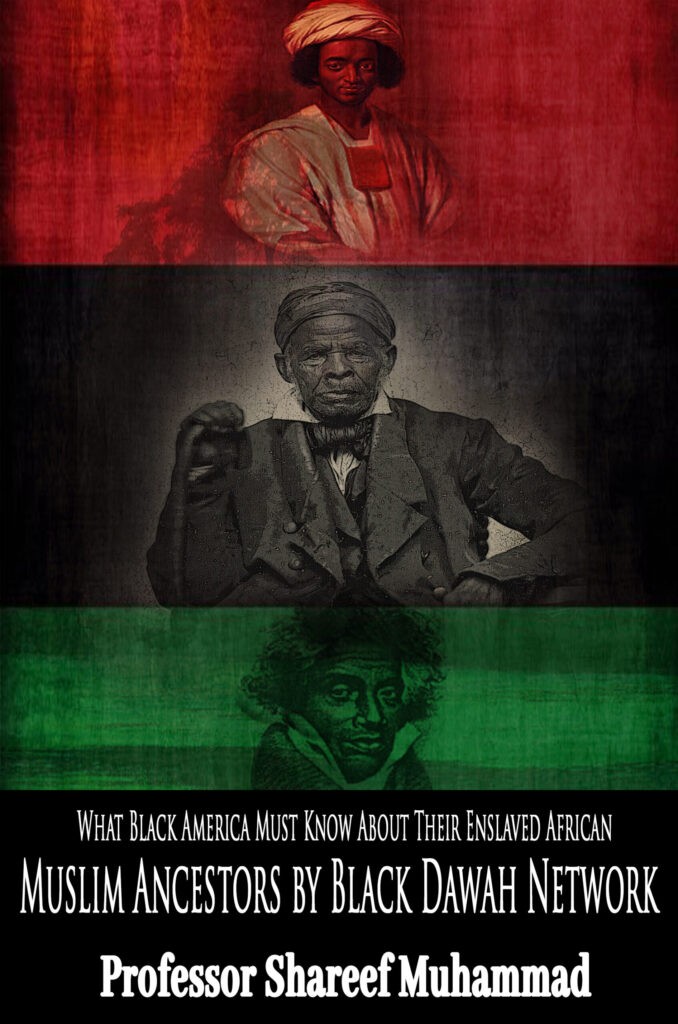 As an African-American convert to Islam, you may be new to the deen (religion) but you are not new to greatness.  Remember that you come from thriving and formidable West African Islamic empires.  West Africa, where your ancestors come from, was noteworthy in its status in the Islamic world. African Muslims were known for their devotion and love for learning.

In Timbuktu in the West African kingdom of Mali, it was reported that nothing was more dear to the black people there than books.  Your ancestors are Mansa Musa, Askia Muhammad, Nana Asmau, Ahmad Baba, and many more.  African people were a part of the prophetic mission of Muhammad (PBUH) from the very beginning. The first place he sent his followers to escape persecution was Africa.

Islam has always affirmed the greatness of African people. There were enslaved African Muslims such as Ayuuba Diallo who even after enduring the harshness of the transatlantic slave trade, reproduced the entire Qu’ran purely from memory. There is not a single time in the history of Islam in which you can separate African people from it. There is not a single time in the life of the Prophet Muhammad (PBUH) in which you will not find people of African descent. Islamic history is your history too. 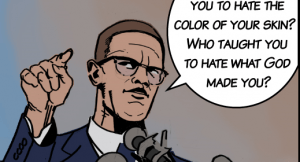 In the Prophet Muhammad’s (PBUH) final address to the Ummah, he said “The Arab is not superior over the non-Arab. Nor the non-Arab over the Arab. Nor is the black superior to the white nor the white over the black. Superiority is based on dutifulness to Allah” No race or ethnicity has a monopoly on Islam or decides your legitimacy as a Muslim. Arabic is the language of the Quran and the Prophet Muhammad (PBUH) is an Arab. However, this does not mean that the Arabs are superior. The Quran abnegated the idea of a “God’s chosen people” being predicated on race, ethnicity, or language. Instead, the chosen people of Allah are those who obey Allah, do righteous deeds, fight injustice, and bear witness to the truth even if it is against yourselves.

There was great wisdom in Allah (SWT) choosing an Arab, the Prophet Muhammad (PBUH), to deliver His final message to all of humanity. The Arabs were in the worst condition in the world over 1400 years ago. No other people were in a more contemptible state than they were. They had no nation, no government, no valuable export, and no notable cultural contribution. The Arabs were chosen to manifest Allah’s power to raise people who were at the very bottom. The power of Islam to transform a people could not be demonstrated using a people who were politically powerful and culturally sophisticated with worldwide respect. Islam elevated them from their condition proving that it can do the same for African-Americans.

3)  Being a new Muslim does not require ignoring the systemic racism you faced prior to your embracing of Islam. On the contrary, Islam should empower you to confront oppression.

As an African-American Muslim convert from the inner-city, you’ve likely seen and experienced the impact of structural racism on your community. You may have heard your grandmother tell you stories about growing up and being subjected to segregation policies. You have likely seen or endured your loved ones being impacted by police brutality.  You know full well the struggle of Black people within the hood.  Indeed, you would have to blind yourself from reality if you are a Black man in America and not be upset about the atrocities that have been inflicted on your people. If you are like many African-American converts to Islam, you are likely inspired by the legacy of Malcolm X and want to stand up for black people against white supremacy.

In your fight against white supremacy, you may hear people tell you that   “Islam doesn’t see race”, “there is no racism in Islam”, “race is a construct”, or “Iblis was the first racist.” Don’t be bamboozled by this talk! These statements are deployed as a form of spiritual bypassing. Spiritual bypassing is the tendency to use spiritual ideas and practices to sidestep or avoid facing unresolved social, political, and even psychological issues.

Some say things like that as a means to inhibit African-American Muslims from confronting injustices that they have endured as a result of a country that has a history of enacting policies and laws to target them explicitly due to their race is antithetical to justice ethos of Islam. Such people are using religion as an excuse to not study racism, how it works, and thus not confront its effects.  Spiritual bypassing is incompatible with Islam which calls for justice. You should avoid this rationale. The Prophet Muhammad (PBUH) dealt with the realities of society. He was not the Westerners’ stereotypical religious figure who meditated and prayed all day and did not get involved in worldly affairs. Islam shaped world history. It turned Arabia upside down, overthrew the Roman and Persian empires, inspired the creation of schools and the sciences.

Understand the purity of the faith from the impure practices of those who call themselves Muslims. Do not be surprised if you encounter leaders of self-proclaimed Muslim institutions engaging in anti-black diatribes or undermining the struggle of the African-American people.  They have lost the spirit of Islam and its call for justice. They are being replaced by Muslims like you!

Islam opposes racism but recognizes that Allah has made us into different tribes and nations so that we may know one another. Furthermore, Islam recognizes that Muslims must confront modern political realities such as white supremacy which was enshrined into law in the USA.  Each race and ethnicity is honored is permitted its culture except for certain aspects that are incompatible with Islam. The history of the Islamic world has always been one of many races that governed themselves according to their native Muslim scholars and their interpretation of Islam.

4) You Can Study Islam and Study Books That Will Help you as a New African-American Muslim Address the Plight of Your  Black People! 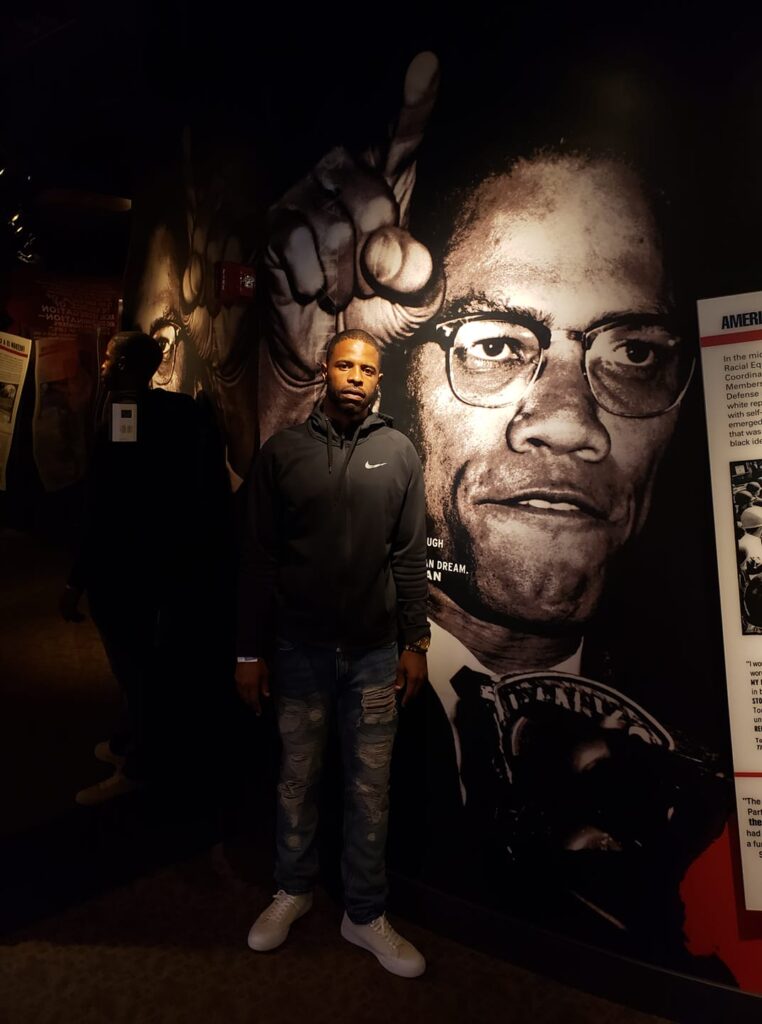 Think why Malcolm X attracted so many to Islam. He was able to address socio and political issues facing Black people. Black people wanted to hear what he had to say because he spoke on political realities his people faced. He was then able to leverage this to promote Islam. As an African-American Muslim convert, you should know that you will be more effective and influential in dawah when you are able to provide your black brothers and sisters with relevant socio and political guidance and commentary.  This goes hand in hand with reading African-American political thought and political thinkers.

The pursuit of Islamic knowledge is very important. It allows you to learn your religion and grow to be a better Muslim. However, you should also continue to read books and bodies of knowledge that deal with and address your condition as a Black man in America. This will help you become a wholesome Muslim than can transform your community. The book Black-On-Black Violence: The Psychodynamics of Black Self-Annihilation in Service of White Domination by Dr.Amos Wilson can help you understand the origins of gang violence in the hood and reading books such as The Man-Not: Race, Class, Genre, and the Dilemmas of Black Manhood by Critical Race Theorist and founder of Black Male Studies, Dr. Tommy Curry can provide you with great insights on social realities facing Black men in America.  Books such as Faces at The Bottom of the Well: The Permanence of Racism by African-American legal scholar and Critical Race Theory founder  Derrick Bell can help you understand why civil rights legislation failed to end structural racism in America.  Read The New Jim Crow: Mass Incarceration in the Age of Colorblindness, by Michelle Alexander to understand why so many of our people are being incarcerated.

You may encounter some Muslims seeking to Islamically delegitimize the study of African-American Political thought.   Unless the Deen is made politically relevant to the people you are inviting it will not take or fail to develop as an effective force for social change. Many Black Imams today are irrelevant in their own Black community because they are unable to or unwilling to address the plight of their people. They do not read books to understand the African-American conditions and depend on immigrant Muslims and their institutions for their livelihood. They seek to Islamically delegitimize the study of African-American political thought yet produce nothing in terms of Islamic scholarship that speaks to the plight of the African-American people. You do not want to be like this. Learn from their mistakes, be a Muslim, engage with Black political thought, and address the plight of your people.   The Qur’an and Sunnah of Prophet Muhammad, pbuh, have numerous stories of how he defended and fought for justice.  That is the way of Islam.

Professor Shareef Muhammad has taught history at Georgia State University and Islamic studies at Spelman University.  He has a master’s in history at Kent State University with his thesis on The Cultural Jihad in the antelbellum South: How Muslim slaves preserved their religious/cultural identity during slavery. He is the Director of  Black Dawah Network.