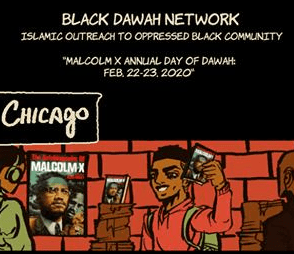 Why should young black men today be introduced to the life of Malcolm X? The Autobiography of Malcolm X was incomplete at the time Malcolm was martyred.

No one could have predicted the impact it would have for generations. After the tragic demise of Malcolm, his Autobiography became a piece of  literature that has helped many black men relate their sufferings and pains to those of Malcolm X and found a way out of their miseries while following the path of Malcolm X. We have Black brothers who are in the Detroit Red stage. Others are even in the stage of “Satan.” But every one of them has the potential to become like Malcolm X. He taught with his words and examples powerful lessons about how structural racism works, how immorality and vice reinforces and affirms white supremacy, and how the transformative power of Islam is crucial to fighting the anti-black social order.

First Reason: Malcolm’s Teachings Regarding the Role of Structural Racism and Its Devastating Impact on Black Lives 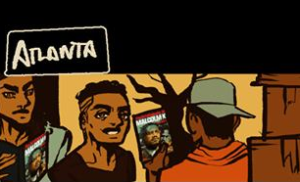 Malcolm X said, “America’s most dangerous and threatening black man is the one who has been kept sealed up by the Northerner in the Black ghettos.”

Malcolm X taught that structural racism obstructs the socio-economic mobility of Black men. His life is an example of this, having been told by an elementary school teacher that his dreams of becoming a lawyer were not a realistic goal for a “nigger.”  He would eventually succumb to the streets and criminality and was known as Detroit Red, and later moved to Harlem where he began selling drugs. He escaped to Boston where he and his friend were arrested and sentenced to ten years for a burglary offense. Later, Malcolm X reflected that “All of us [Black men] who might have probed space, or cured cancer, or built industries were, instead, black victims of the white man’s social system.” Malcolm X  not only acknowledged how structural racism destructively impacted the quality of life of Black communities but he was also conscious of how it could mutate and transform.  Malcolm X taught that civil rights legislation was a trick that would never sufficiently resolve the problem of structural. Today, these lessons of Malcolm X are relevant and have beautifully predicted our present. Many Black men and women to this very day reside in impoverished communities that were made segregated by Jim Crow.

Second Reason: It is Never Too Late to Transform 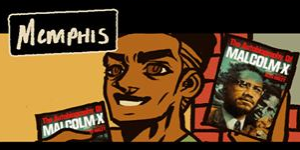 Detroit Red was the nickname that Malcolm X went by when he trafficked drugs, worked as a pimp, and committed burglaries. It was at the Norfolk Prison that Detroit Red, who then openly proclaimed himself to be an atheist, was given the nickname “Satan” for his anti-religion rants. In fact, Malcolm X states he went beyond atheist and openly proclaimed himself to be Satan.  When Malcolm X first became exposed to the teachings of the Nation of Islam, Malcolm X said that he read everything that he could get his hands on. He copied the entire dictionary and joined the debate team where he would develop the rhetorical skills for which he would become famous. He started reading philosophy, science, and theology. And also made his very first prostration. When he was released from prison, Malcolm X became known for his erudition.  The transformation of Detroit Red To Satan and finally to Malcolm X is a reminder to our brothers that no matter how deep you have fallen there is always a ray of hope if there is a will to change.

Third Reason: The Change from Within is Key to Combating Structural Racism

Structural racism does not work in isolation from the other factors that make up the white man’s society. Culture and social norms can either strengthen or weaken black people. Today, more than ever, the precariousness of black existence is made more so through the increased hedonism of the West. As white America strays further away from any semblance of a moral code and adopts as their idea of freedom the idolatry of desires. The black people, whose social norms grow more indistinguishable from the white mainstream are drowning in the country’s cesspool. Malcolm X taught us to see drugs and fornication not simply as vices but as acts of self-hate that reinforce white control over black people. As he said “The white man wants black men to stay immoral, unclean, and ignorant. As long as we stay in these conditions we will keep on begging him and he will control us.” Immorality binds black people to the liquor store, the trap house, the rehab, and the prison-industrial-complex. It is called the ‘trap house’ because it is designed to ensnare black people in prisons.

Malcolm X’s spiritual philosophy was based on Islam, which proved to be the most powerful vehicle in transforming black lives by combating degradation and abject humiliation. Malcolm X said: “The religion of Islam had reached down into the mud to lift me up, to save me from being what I inevitably would have been: a dead criminal in a grave, or if still alive, a flint-hard, bitter, thirty-seven-year-old convict in some insane asylum.”  The most transformative experience was the hajj, the pilgrimage to Mecca that is required of every able Muslim. During the sacred rite, Malcolm would gain a deeper understanding of Islam. He would return to the States with an even greater commitment to Islam and black liberation. He believed that Islam was the cure to the sickness of America and could reverse the condition of African-Americans. He created two organizations that reflected his emerging worldview: Muslim Mosque Inc. and the Organization of African-American Unity. Before Malcolm’s political goals could be realized he was assassinated on February 21, 1965, at the Audubon Ball Room.

Revolutions require a catalyst, an agent that induces a momentum of change. The Autobiography of Malcolm X illustrates Islam as the catalyst for returning to our natural disposition of righteousness from where we can effectively fight the white supremacist social order. Malcolm reconnected with his preeminent self through understanding Islam.There is another way of looking at this, for Malcolm X and every Muslim Islam indeed is the agent of change and the catalyst. But for the Black people, the life of Malcolm X is a source of inspiration as well. Thus there are two intertwined catalysts; Islam and the life of Malcolm X. The Black Dawah Network is inviting conscientious Muslims to help revitalize our communities by introducing them to Islam and the man who demonstrated with his life how this faith can uplift our people.