Those that turn (to Allah) in repentance; that serve Him, and praise Him; that wander in devotion to the cause of Allah, that bow down and prostrate themselves in prayer; that enjoin good and forbid evil, and observe the limit set by Allah;- (These do rejoice). So proclaim the glad tidings to the Believers. 9:112

The award-winning documentary, The Honest Struggle, is about Sadiq Davis, a former gang-chief from Chicago’s south side turned Muslim.  He spent 25 years incarcerated and is now returning to the streets.  It chronicles his difficulties finding employment and readjusting to society. Despite this struggle, Sadiq Davis, with rock-solid conviction states, “Islam has literally saved my life.”

It’s often difficult for those who have lived as Muslims their entire lives to understand how someone can say that Islam has literally saved their life. Can you really understand how Islam has saved so many Black people from poverty, despair, moral degradation, false religious worship and brought them to the oneness of Allah?   Many of us take for granted the beauty and convenience of having Islam as our way of life not only since birth but for generations. It allows us to know our name, our language, our family history and so much more. But for the people where Sadiq comes from and so many more like him, Islam is truly a lifesaver. The documentary should inspire and move Muslims to spread the message of Islam to more people like Sadiq and to more oppressed Black communities, where oppression and poverty have lead to Black youth turning to gangs to survive.

Islam has the capability to save many more Black lives as well.

In How Capitalism Underdeveloped Black America, the chapter, The Black Poor: Highest Stage of Underdevelopment,  Manning Marable wrote, “In Chicago, over one-fourth of all Black youth 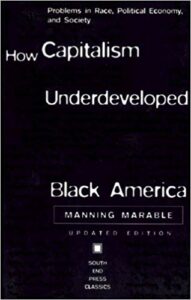 between the ages of 14 to 25 belong to gangs, which often deal in small robberies, drugs, and prostitution.” Describing the  wretched conditions facing Chicago’s Black communities, Marable wrote that “the death of a gang member, the murder of a high school student during classes, or the random arrest of a young Black man by the police, are all integral factors of daily life.”

Indeed, Chicago has given birth to a new genre of Hip-hop, known as Drill Rap. The word “drill” in Chicago slang, means to carry out a retaliatory gang’s conflicts. Drill raps often contain lyrics boasting of violent acts against rival gangs as well as issuing threats to rivals Several of our Black brothers involved in the genre, from Lil Jojo, Lil Mister,  ShootaShellz,  Young Pappy, have been killed in never-ending gang beefs.

So what should be the duty of the Muslims in the midst of this? Professor Shareef Muhammad once stated “If the prophet Muhammad peace be upon him transformed his people from a people steeped in vice, uneducated and without political power, then following his prophetical example could transform black folk into moral leaders, lovers of learning and acquirers of political sovereignty. In other words, there’s revolutionary potential in his prophetic model.”

As Muslims, we spend a lot of time talking about Malcolm X. We reflect on his transition from Detroit Red to Malcolm X. Despite this, there are countless Detroit Reds languishing throughout the ghettos of America who are still waiting to hear the message of Islam.

Muslims must be willing to go into the hood, in the most violent and dangerous of neighborhoods and communicate the message of Islam to our Black youth in street gangs, those in the drug economy, drill rappers, and more. This is our responsibility, those are our people and we must save them with Islam.