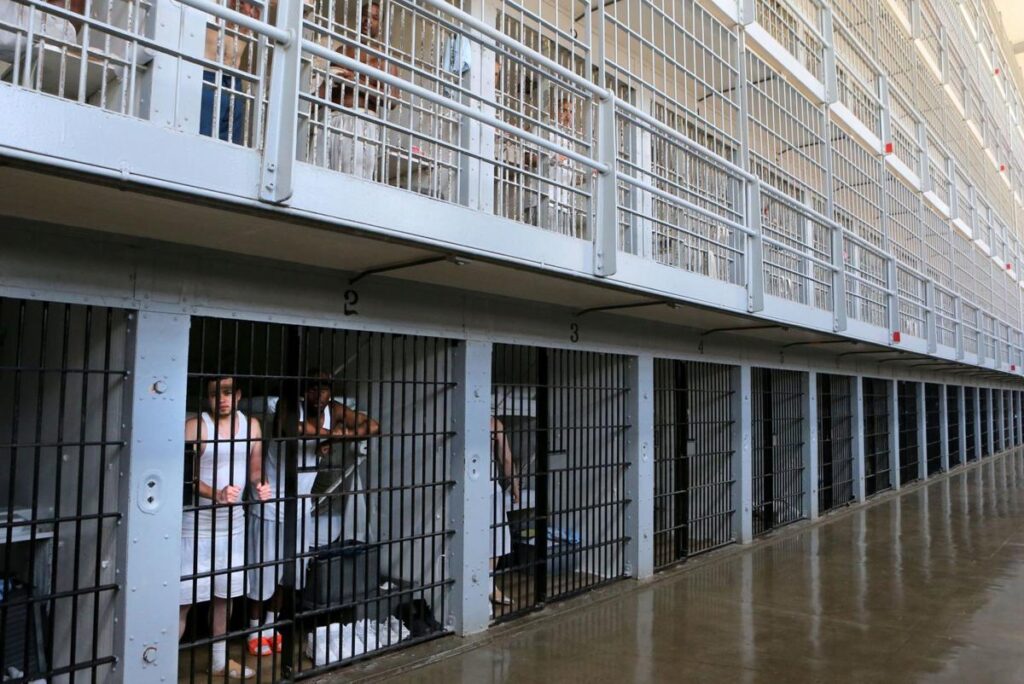 “The penitentiary is packed and it’s filled with Blacks.” — Tupac Shakur

Menard Correctional Facility in Chester, Illinois was originally built in 1878. Though built prior to federal regulations that established guidelines and standards governing the construction of prisons, it continues to be in operation serving as a high security prison with the majority of its inmates being African-Americans.  Menard Prison has been a site of abhorrent human rights violations. Due to overcrowding, It uses cells designed for one inmate for two inmates which caused Judge Stephen Williams to state “it is obvious that housing two inmates in a metal box where there is barely enough room to use the toilet …will put the inmates at risk of severe mental stress.”   Unfortunately, due to legal technicalities and lack of follow-up litigation, the ruling only applied to the individual prisoner who raised the lawsuit and not the rest of the prisoners housed in these small cells. An additional lawsuit, by Uptown People’s Law, sued Menard Prison after it was brought to light that Menard deploys a tactical team known as “orange crush” that regularly deploys excessive force to humiliate prisoners.  Furthermore, many of the  Menard Correctional Cells are molded, infested with rodents, and prisoners are denied proper cleaning supplies to clean their cells.  The inmates are only allowed out of their cells once. 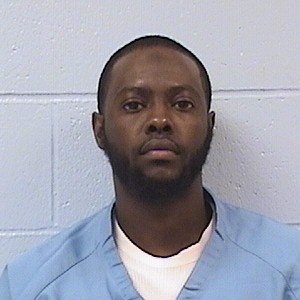 I was born and raised in Chicago.  Unfortunately, wanting to go out and get fast money resulted in me getting involved in gang life and everything that comes with it. One step lead to the next and now I am in Menard Correctional Facility with a 65 year sentence after being convicted of first-degree murder. While incarcerated, I started to reflect about my experiences in gang life. I’ve been shot at from point-blank range yet not been hit. There were instances where I knew I should be dead but I’m still alive. This made me think there must be a purpose in my life. This would result in me taking my shahada in 2011. Since becoming a Muslim, I realize the  street life is a big deception and I want to dedicate my life to getting others to realize the street life is a big deception.

Others  are following in Imam Abdul-Mateen’s footsteps. He explains:

You got a lot of the young Black brothers who are coming to the deen. You can have someone like Ralo or some of these others rappers who will mention Islam, so with some of these black brothers who get locked up and they may have heard a rapper say inshAllah. So when they come to prison and see a good example of a Muslim and here us using these terms, they are intrigued by it and so that opens up the door for us to give them dawah. 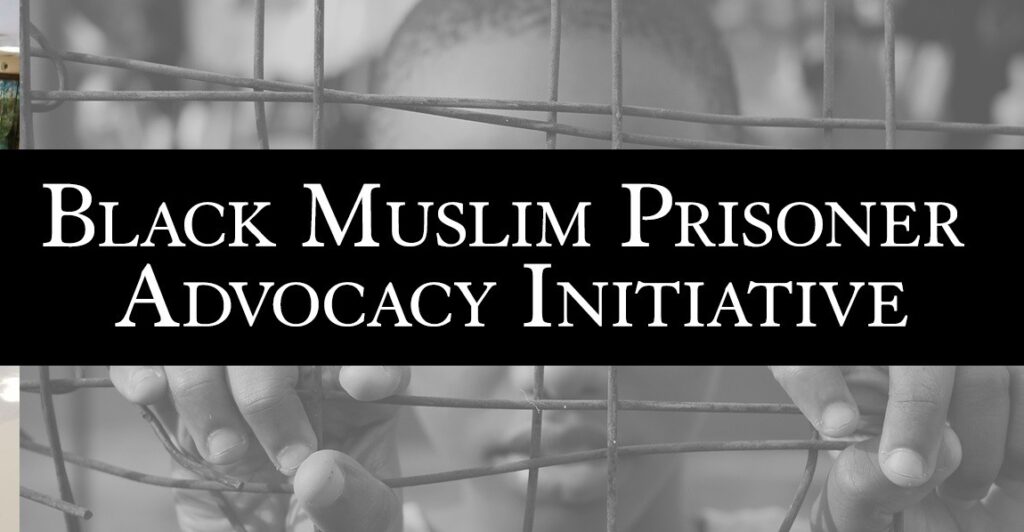 The inability of inmates to access Islamic religious service is inhibiting the ability of many new shahadas to learn fully about Islam, Imam Abdul Mateen explains:

You have many brothers who took their shahada but they gotta strive and get better in their conduct, gain more God-consciousness. We are in a very violent cell house, the gangs do they things, when you have brothers who took their shahada and they can’t get Islamic religious services to purify their souls it’s hard for brothers to grow in their deen.  So you got many brothers who have taken their shahadah but they still got the mentality of a gang member because they haven’t been able to access Islamic religious services. So you got a lot of new Muslims still doing haram things for their gangs. 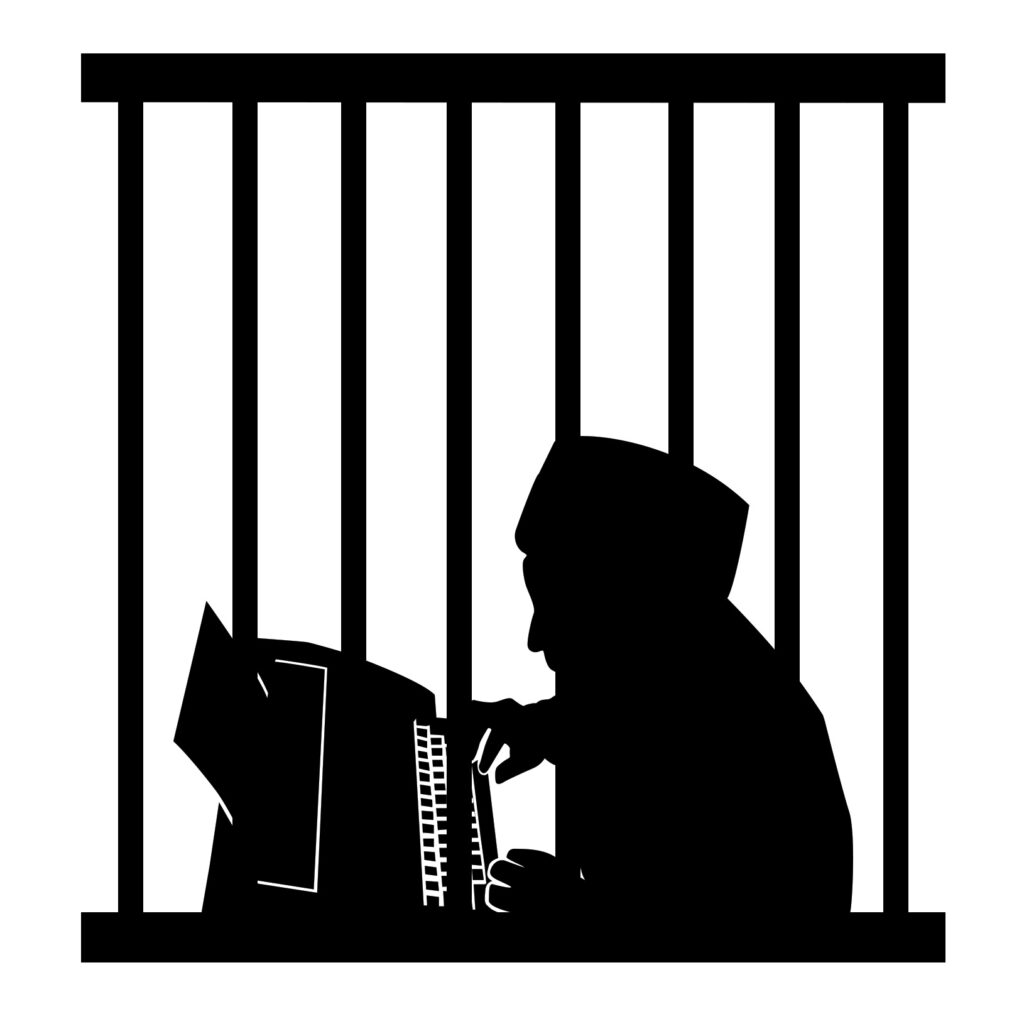 Amin Shakur is an incarcerated Muslim who through discipline and diligence has educated himself about the law regarding the civil and human rights of inmates. Shakur states that before becoming a Muslim “I was into a lot of gang activity and those things that are haram.  I was lost in life.” Upon becoming a Muslim, he has been eager to grow in Islamic knowledge. Shakur has recently filed a prose lawsuit against Menard Correctional facility for the denial of Jummah prayer service to Muslims. Amin Shakur writes:

If a brother tries to become a Muslim, they have to do an application with the prison to change their religion to access Islamic religious services. Most of the time they are denied and they will come up with any excuse to deny them. They will say that they do not believe they are sincere. They have a white Christian chaplain who denies them and when I request Islamic religious accommodation, he will send me back Christian pamphlets telling me to turn my life over to Jesus and get saved. He denies everything that we request. If we are giving a khutbah, he will come in and interrupt us telling us we are too loud, when we pray, he will interrupt us telling us we are praying too loudly.

The inability of Muslims to access regular Islamic religious services is directly inhibiting the ability of people to grow in their practice of Islam, Amin Shakur explains:

Its many brothers who took their shahada but are still hooked into different gang organizations. Those gangs can also be oppressive where they don’t want people to leave and force you to do things for the gang. Many brothers fear their gang so even though they took their shahada they will do haram things for their gang. When brothers can’t access Islamic religious services the Muslims become  divided and we can’t help brothers properly grow and learn the deen.” 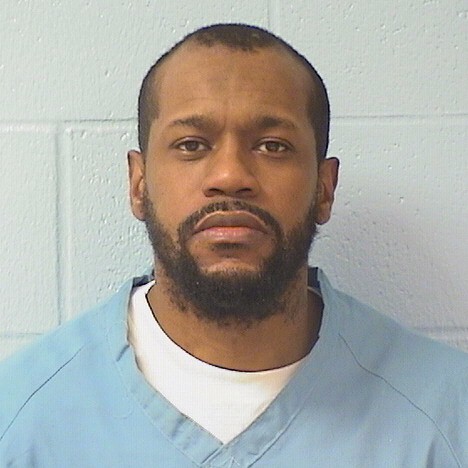 defend the Constitutional Rights of incarcerated African-American Muslims. We believe that every Correctional Facility, jail, and prison in the United States should have Muslims educated in the civil and human rights of inmates to ensure that the correctional facility complies with State, Federal, and Constitutional law. They will be prepared to litigate any violations of the rights of the believers. Amin Shakur and the Muslims of Menard will be the first to receive this training.”

Islam has a track record of being a vehicle for social rehabilitation and spiritual redemption for hundreds of thousands of incarcerated black males throughout this country’s history. In a nation where systemic racism has created the criminogenic factors that habituated them to crime, violence, and other pathologies not unique to people in their circumstances they have revived what the Quran calls the “self-accusing spirit.” This is the righteous nature at the core of every soul that intrinsically recognizes right from wrong and just from unjust. Though buried under the heap of American hate, racial discrimination, and a draconian criminal legal system that grinds them into dust the light of Islam has allowed them to rise above the carceral state of their bleak existence.

Young black men who embrace Islam do not just change their names but their behavior. They come to regret their past lives where they were imprisoned by their base desires and short-term gratification. As Muslims they become conscientious about their bodies, learning not minds and words in service of restorative justice.

Given this demonstrated track history Menard Correctional Center’s denial of Islamic religious services to black inmates exposes the myth that the prison is genuinely interested in rehabilitation. If anything it bolsters the more cynical theory that it is practicing a kind of social control that regulates its already disadvantaged and marginalized African-American population to a permanent underclass. It comes at no cost to the prison or taxpayers to facilitate the religious observance of the inmates of Menard where such observance has proven to have a positive effect on the young men in their facility.