All anyone need to do is drive through the inner-city and they will see the same things: wings, package stores, seedy gas stations, title pawns, and the ubiquitous check cashing places. Such business have become staples of the urban black communities and are indicative of the vulnerability of its inhabitants. Check cashing and pay day loan stores are controversial because of the terms that money is loaned which compound the precariousness of their financial distress.

Payday or cash advance stores are small, short-term unsecured loans, “regardless of whether repayment of loans is linked to a borrower’s payday.” These places capitalize on the desperation of those needing money now for cases such as preventing eviction or reposition or purchasing groceries. They have been criticized as debt traps because in many cases the loan is virtually impossible to payoff within the time needed to do so before accruing exorbitant interest. For example, a $100 payday loan with a 15% 2-week interest rate will have to be repaid as $115, but if it was not paid on time, within 20 weeks it will be $404.56. In 48 weeks it will be $2,862.52. In over a third of the states in the U.S. debtor prisons have been brought back allowing borrowers to be jailed, sometimes for as little as $200.[i]

The journal Sociology Mind have exposed the link between payday loan stores and neighborhoods with high crime rates. Researchers at St. Michael’s Hospital in poor Toronto showed this as well.  According to clinician-scientist at St. Michael’s Joel Ray “We found that the areas with the highest levels of violent crime were about seven times more likely to have check-cashing places.” Payday Lending have grown faster than Starbucks in the mid-‘90s. This was after barely existing in 1990.[ii] The hood is the repository of prey. These places are tied to a social order that has been working on black people since they arrived to these shores. It is a social order of economic exploitation. The only solution is a sustainable social order that casts black people as creations of the Most High safeguards his and her dignity so they can fulfill their purpose as God’s vicegerent.

In the religion of Islam usury and, according to most, interest are forbidden. They are a form of oppression, quma’a. Why would you owe me $20 dollars if I loaned you $5? The practice of predatory lending was a custom of the Arabs in Mecca and one of the main points of conflict between the Prophet Muhammad (saws) and his own people. The Quraish would loan money with rates as high as 400 %. The Prophet Muhammad (saws) abolished all debts with usury. This underscores a main point about the history of Islam and that is it was a justice movement. By centering on the indivisible oneness of the Creator, Tawheed it emanates from the Creator of Justice who is Just, Al-Adl.

Usury is clearly prohibited throughout the Quran. Allah says:

“O you who believe, you shall not take usury, compounded over and over. Observe God, that you may succeed.” (3:130)

“And for practicing usury, which was forbidden, and for consuming the people’s money illicitly. We have prepared for the disbelievers among them painful retribution.” (4:161)

“The usury that is practiced to increase some people’s wealth, does not gain anything with God. But if you give to charity, seeking God’s pleasure, these are the ones who receive their reward manifold.” (30:39)

“follow the messenger, the gentile prophet (Muhammad), whom they find written in their Torah and Gospel. He exhorts them to be righteous, enjoins them from evil, allows for them all good food, and prohibits that which is bad, and unloads the burdens and the shackles imposed upon them. Those who believe in him, respect him, support him, and follow the light that came with him are the successful ones.” (7:157)[iii]

Usury is forbidden in Islam, Christianity, and Judaism. Yet, none more strongly oppose this oppressive practice than Islam. The Prophet Muhammad (saws) has indicated that the person who engages in usury that God has declared war on such a person. This is the seriousness of such an evil. Islam promotes liberation from man so they can pay their debt to their Lord. Usury is economic slavery. It produces a number of social ills. A person who is in a debt that they likely will not be able to pay off in their lifetime can have a harder time finding the money to spend in charity, build much needed institutions that serve the community, and create intergenerational wealth and stability because the debt is transferred to next of kin.

The predatory lending in black communities take advantage of the financial distress that many in these neighborhoods are facing. The financial distress is itself caused by an economic system that was spawned from the enslavement of black people and which continues to marginalize African-Americans even as they try to escape debt.

African-American homes were undervalued in the billions of dollars. Payday loans and the like exploit the distresses rampant throughout the community. Islam as a holy social order does not allow this practice.

In Islam banking as we know it is replaced with financial institutions like the bait al-mal  and the aqawf. These Islamic financial institutions lend money without interest. They are not for-profit organizations so they are not looking to capitalize on anyone’s hardship. Not only that but they provide charity to its citizens. For example, if a couple is seeking to get married but cannot afford to do so money from the Bait al-mal would be allocated for the wedding and the first year of expenses to set up the house hold. This is so that the society is protected from the devasting effects of fornication. The aqawf is another lending institution that helps maintain social cohesion. If a woman is widowed, the man is captured in war, or in our times, sentenced to prison the money from the aqawf would be loaned or given to the family so that they can whether the storm and not succumb to the financial trials. These financial institutions are based on trust and were in place in some form since the time of the Prophet (saws) and saw their maturation under the caliphate of Abu Bakr (ra). The Islamic nation established by the Prophet Muhammad (saws) can be considered the first major welfare state based on commerce and taxation (zakat and jizya).

The goal of financial justice in Islam is not to enrich a corporate banking system which is forbidden but to safeguard the virtues of Islam which are necessary for an ideal society that produces righteous human beings.  In a Muslim polity based on the precepts of Islam the individual is a creation of God first and the other identities such as citizen, entrepreneur, etc are to be adjusted to meet that primary existential obligation. 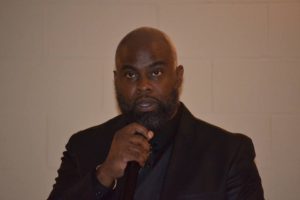