The pioneer of Critical Race Theory was African-American attorney Derrick Bell. Bell was an academic and activist who got his feet wet while working with Thurgood Marshall and the NAACP in Mississippi. African-Americans were subjected to inferior and substandard schools that lacked basic resources.  As a budding attorney, he worked to undo racial segregation in public schools.  This culminated in the historic Brown vs.Board Education decision that held school segregation to be unconstitutional. Decades later, Derrick Bell began to analyze the state of African-American public education. He saw how despite the Supreme Court’s decision in Brown vs. Board of Education that African-Americans continued to be subjected to inferior schools that were in a defacto state of segregation. This culminated in him publishing a pivotal piece in the Harvard Law Review titled Brown v. Board of Education and the Interest-Convergence Dilemma. This has become a seminal piece in the field of Critical Race Theory. 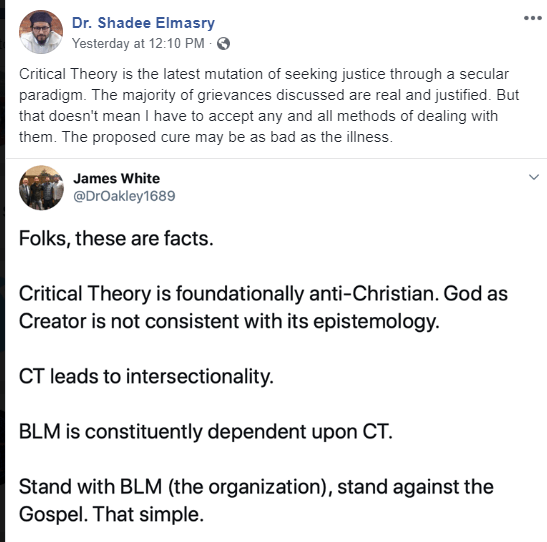 This is what I identify as latent racism in how black intellectuals are taken to task. Ironically, the same dismissive criticism was made of the Muslim world during the Golden Age of Islam. Orientalists claimed that Muslim philosophers and thinkers just copied the Greeks. Bell did not blindly adopt Critical Theory, Marxism, and Postmodernism. It is incomprehensible to some to conceive a black thinker critically engaging the ideas of the white people and discerning what they find valid and what they do not.

Critical Race Theory does take from post-modernism the idea that accepted truths in a given society are indicative of the power that organizes the institutions of that society but where they depart from one another is the idea that there is no objective truth.  The premise of Critical Race Theory that white supremacy is evil explicitly contradicts moral relativism. Critical Race Theory does not demand a rejection of an objective truth nor is there any evidence that the critic will unwittingly descend into post-modernism. Critical Race Theory deconstructs with precision the myth of modernity which is that White people are the ultimate expression of humanity and that Western civilization that is predicated on this myth must be neutralized. Additionally, another major error in Dr.Whites’ tweet is that he fails to even recognize that critical race theory has been used to critique intersectionality.

In reality, there are no Marxian or postmodern elements in Critical Race Theory that are so overbearing that the theory is consumed by them and cannot work without them. Nor does Critical Race Theory conflict with beliefs one must hold to be a Muslim. Critical Race Theory does not make claims about The Creator, the origin of creation, or the purpose of our existence. It is a tool for understanding how structural racism impacted Black communities post-jim-crow.

Muslims dating back to the salaf and tabi’een have always employed methods that were created outside and before the world of Islam. Today’s Muslims still read Ibn Khaldun’s Muqaddimah although he relied on Greek humourism to assess the value of other cultures and Tabari’s Tarikh al-Rusul wa al-Muluk even though he references the curse of Ham despite knowing the curse of  Ham not being found in Quran or ahadith. Muslims have done questionable borrowing in the past with more controversial methods than Critical Race Theory.

When Muslim critics refer to an “Islamic epistemology” as a more suitable alternative to the secular Critical Race Theory. Yet, they can never articulate what they mean. There is no Islamic epistemology about modern race relations in the West. Why would there be? This is a problem that only developed within the last 500 years. All of the ayot and hadith references to race serve as a guide for pursuing justice for racial oppression but as for strategies and methodologies, these are left up to Allah’s vicegerent who he endowed with the intelligence to understand the modalities of a problem then devise solutions. Questioning the Islamic validity of Critical Race Theory because it does not have its start in the seventh century when this is true for so much that the Muslim community relies on to practice Islam today is dishonest.

The Kalam was not developed in isolation from Muslim contact with other cultures like the Greeks despite them being polytheists. Muhammad ibn Kharizmi’s formulation of algebra is not shunned because it was founded on the mathematical principles of Hindustan despite that they were also polytheists. There are is not willingness to purge from cannon of Islam those classical texts developed after the first generation that import the Story of Ham being cursed black and being naturally imbued to slavery as an attempt by Arab and Persian scholars to affirm black inferiority despite how this contradicts the words of the Prophet (saws). 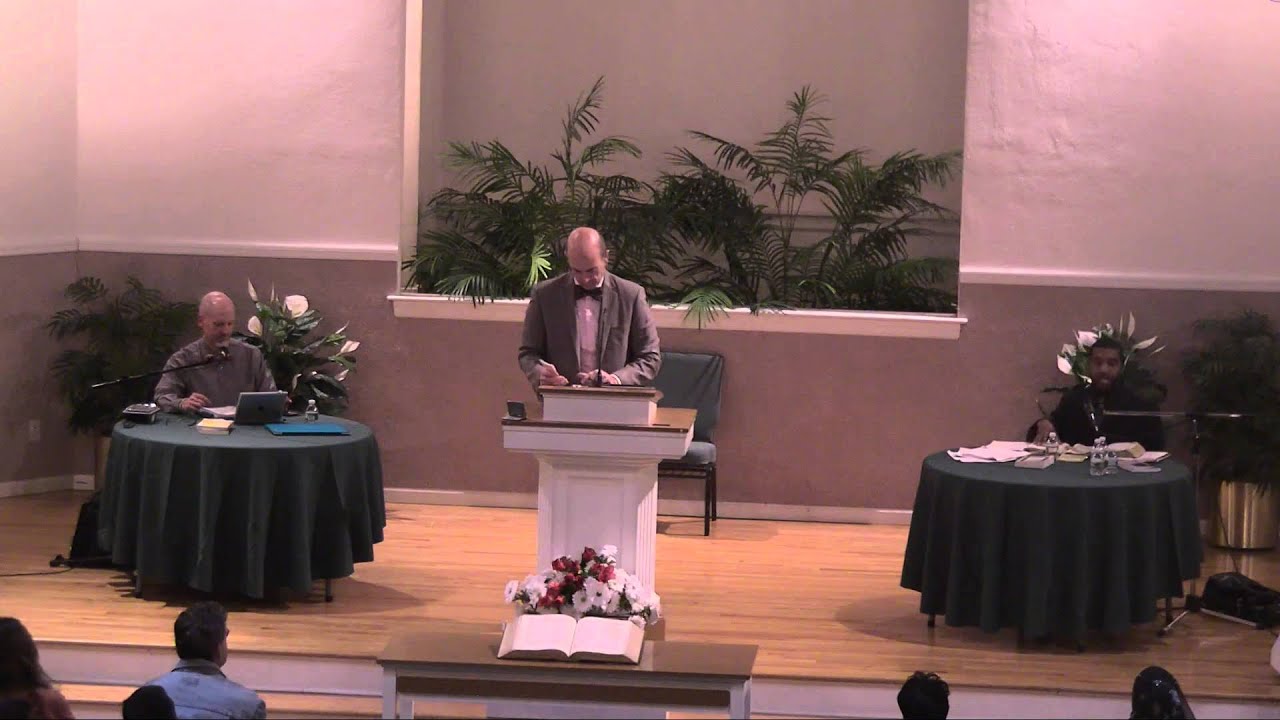 The irony of Dr. Shadee Elmasry relying upon a Christian apologist’s critique of Critical Race Theory is that Derrick Bell was very much a bit of a Christian as Dr.James White is. Bell certainly never saw Critical race theory as conflicting his faith when he put forth his brilliant legal scholarship to help African-Americans understand how structural racism operated in a post- jim crow world. Ironically, White Christians have a long history of telling Black Christians that the pursuit of “racial justice” was un-Christian. Indeed, historically white Christians even argued that it was unbiblical to oppose racial segregation. One wonders as to how one came to view the claims of a White Christian apologist as more authoritative as to whether critical race theory is compatible with Christianity than its black Christian founder, Derrick Bell.

Dr.James White once debated African-American Muslim apologist and fellow Black Dawah Network speaker,  Shadid Lewis. Shadid Lewis highlighted what a positive force Islam has been in inner-city Black communities and he specified the problems he saw in his church growing up.  Dr.James White preceded to paternalistically discredit Shadid Lewis’ conversion to Islam story by insinuating that the problems he experiences in the Church growing up were specific to such Black Churches and this is why Shadid Lewis failed to see the true light of Christianity. Dr.James White sounded like a “white Christian missionary” who went into Africa in his response to a Black man’s conversion to Islam story. In seeking to delegitimize Lewis’ conversion to Islam story, Dr. James White of course failed to examine the role of white Christians forcibly converting enslaved African Muslims to Christianity and sought to totally exculpate Christianity from Black Muslim’s scrutiny in fostering social ills in the Black community. Yet, this White Christian critique of critical race theory is who this Muslim is relying upon for his insights of CRT.

Did it ever occur that a White Christian apologist with no background in African-Amerian legal studies and who has a history of delegitimizing the narratives of African-Americans who have come to Islam may not be a reputable source when it comes to African-American legal thought?

As stated in Critical Race Theory and the World by Professor Shareef Muhammad, the underlying assumption of Critical Race Theory is that racial supremacism is a false idea which is in perfect harmony with the Prophet’s (saws) words “There is no superiority of an Arab over a non-Arab or a non-Arab over an Arab. Nor is there any superiority of a white over a black or a black over a white.” While casting condemnations at African-American Muslims who see value in critical race theory, the attempts at critics at creating a “pure Islamic” approach to racial oppression by these Muslims who are detached from the political tradition of black America from the 60s and 70s have been flaccid.   What guidance and what “purely Islamic scholarship”  have they produced that provide African-Americans with guidance on structural racism in the criminal legal system and educational system?