And hold firmly to the rope of Allah and do not be divided. Remember Allah’s favour upon you when you were enemies, then He united your hearts, so you—by His grace—became brothers. And you were at the brink of a fiery pit and He saved you from it. This is how Allah makes His revelations clear to you, so that you may be ˹rightly˺ guided. 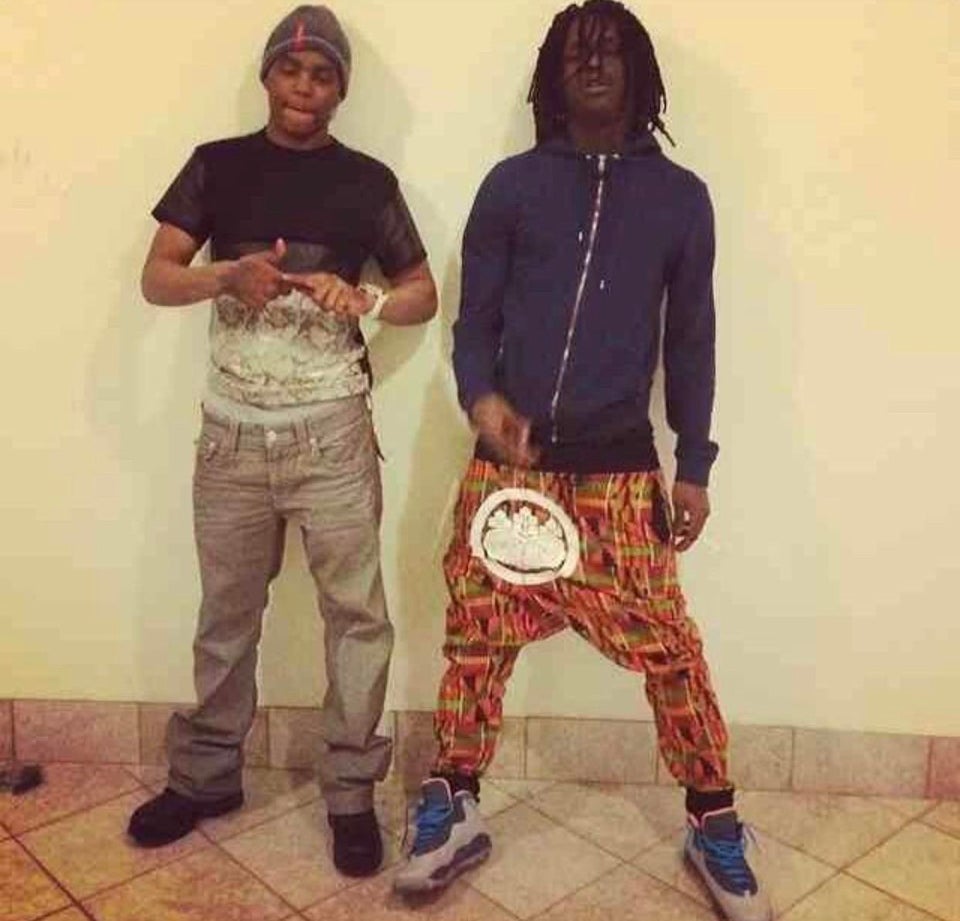 Beginning in 2011, Chief Keef took Chicago’s rap scene by storm. He was a 16-year-old member of Chicago’s Black Disciple gang based in the parkway projects.  He had once been shot at by Chicago police. Miraculously, the bullets missed him and he would go on to rap about the deadly street life that included both violent threats to gang rivals and to the police. In one song, he threatens his rivals by saying “Don’t make me bring them killers out. Real shit free all of my hitters out.”

What would emerge from this would be drill rap.  Drill means to shoot someone. Over gritty instrumentals and hard-hitting lyrics,  the music would be used to hype up gang members for shootouts with their ‘ops.’ 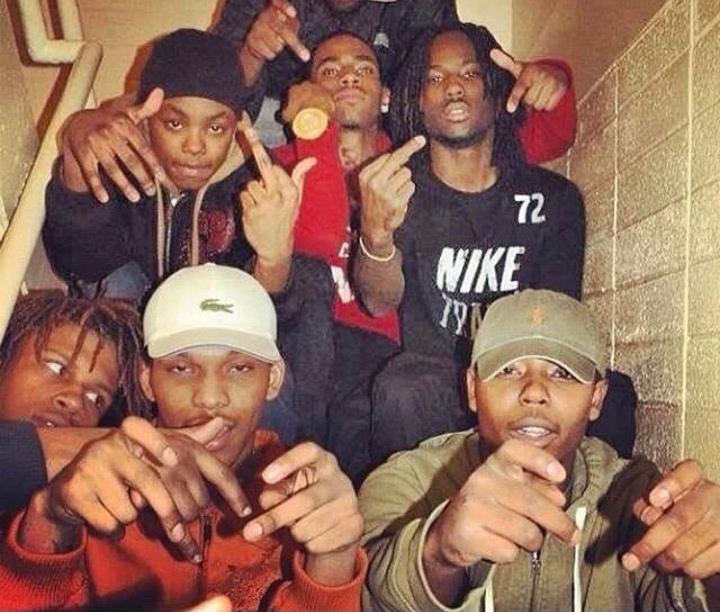 In one of Chief Keef’s earliest videos, John Madden, he begins by saying “D-Rose, what up man?”  D-Rose was the nickname for Ahbir Sardin. He was nicknamed after the basketball player D-Rose due to his reputation as a “shooter.” D-Rose became a well-respected member of the Black Disciples.  In a later hit song, Chief Keef threatened his rivals by stating “Don’t call D-Rose boy. He a 6 double o boy and he keep that pole[gun], boy, you gon’ get fucked over.” As more Black Disciples entered the rap-scene, D-Rose’s name became shouted out more and more.

“I’m in traffic with these poles yelling free my bro D.-Rose… These niggas don’t want to smoke.” — 600Breezy

Currently serving a 40-year prison sentence for a murder conviction, Ahibr Sardin recently spoke with Hakeem Muhammad,  of the Black Dawah Network.  Mr. Muhammad asked Mr. Sardin what message he would send to rap artists who continue to shout him out through their music.

His response may surprise many, Mr. Sardin said  he would tell them, “Rap about something other than Black on Black crime.”  Mr.Sardin stated he wants to dedicate his life to ending gang violence in the Black community.

Mr.  Sardin’s mission comes from his conversion to Islam.  It’s a result of his understanding of his religious obligation to bring and work for peace in the Black community.

“Islam has made my relationship with Allah, subhana wata alla more strong. It made me aware of my morals, why I felt the way I did in the past.  Islam encourages me to be kind, show love, and compassion. Even now, fasting humbles me and gives me the perspectives that I need. Islam has helped me a lot. Islam is the guidance of righteousness and livelihood. Islam assures me that I’m not supposed to be heartless.”

Discussing his journey to Islam, Sardin explains, “It’s not like I grew up in a Muslim household because I didn’t.  I’m a Muslim because when I saw how the Muslims conducted themselves, it was pleasing to my eyesight.  I was attracted to them. Just hearing stories from the Qur’an and anything in the Hadith, does something to the mind, the body, and the soul.”

He was intrigued by the humble and non-aggressive mannerisms that Muslims in prison exhibited.  When Muhammad asked Mr. Sardin what could be done to bring the message of Islam to his hood in Parkway Gardens also known as O-Block, he said,

“I would bring you to the projects. I would want my community to find out you are Muslim an hour after I got you over there. I would want them to see your attributes first, he is righteous, he is caring, and he is honest. I want them to see that in you, first, before you tell them, As-Salaam Alakiam, or they see us greeting each other, or they see us speaking in Arabic. Do you feel me? Yes, we are Muslims but these are our attributes. The genuineness, inshAllah I know they are going to see it.” 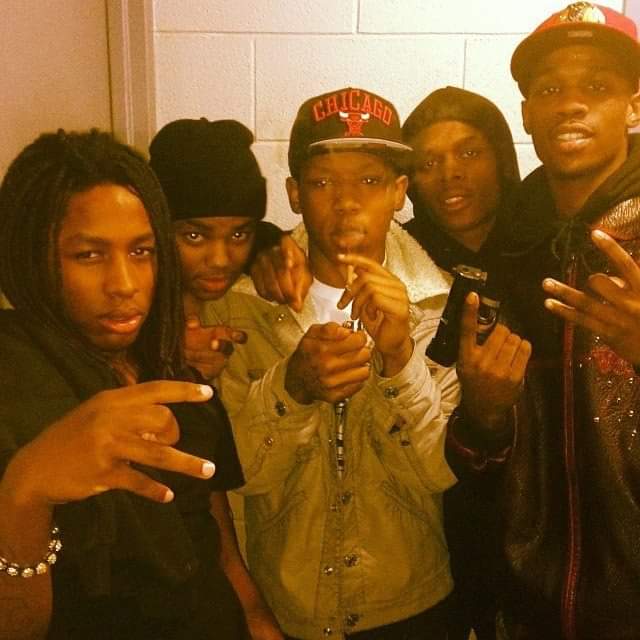 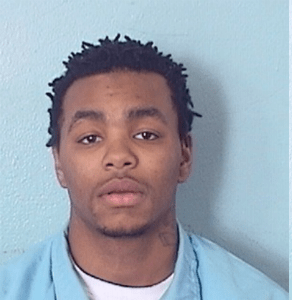 Chicago’s streets have been plagued with high murder rates that at times exceed the amount of American troops killed in Afghanistan and Iraq,  Mr. Muhammad, spoke to Chicago rap artist, Tay600, who was also a rap artist affiliated with the 600 faction of Chicago’s Black Disciple.  He asked Tay600 if he could see an end to the gang violence in Chicago. Tay600 responded “We be so caught up trying to avenge something..we can’t stop even if we know its right or wrong because we feel like we owe it to the niggas we was out here with. With this gang shit,   you don’t really look like at a nigga as your brother. His ass is an opp. His ass needs to be dead.”

In response to that thinking, Mr. Sardin says, “I’ve grown past that.”To others who want to continue seeking gang life and revenge, Mr. Sardin says retaliation, “Sets our people back. You know how people look at Chicago, not even just me, we are just known for drilling and being vindictive. It’s gotta stop somewhere.”

His advice to other rappers, “Give it some time. Don’t try to get revenge. Just grieve and think about Allah (swt) and Judgement Day. This is what it is about at the end, judgment day. We have been negative all our life. When are we going to be positive?”

Though was involved in a  gang culture that  emphasized being heartless and showing no emotions,  Ahbir Sardin told Hakeem Muhammad,  “I love you bro, I really do.”

This dramatic evolution raises the question that if Islam can make D-Rose, Ahbir Sardin and teach him to love the brotherhood,  what would happen if more brothers in street life learned about Islam? Could Islam resolve the gang violence problem in Chicago and end the cycle of revenge and mayhem?