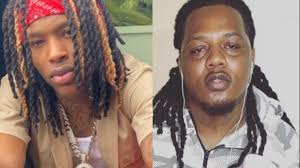 Boston, Massachusetts., 12/5/20 Black Dawah Network(BDN), a Muslim organization dedicated to uplifting the Black community, offered condolences to the family and loved ones of both King Von and FBG Duck.

Black Dawah Network sends its sincere condolences to the friends and family of King Von and FBG Duck. The two men were talented rappers from Chicago whose life ended at an early age due to gun violence. Though the two men were from “rival sets,” as Muslims we know that they were brothers. The system of white supremacy turns Black brothers against one another. However, we grieve equally over both of their deaths.

King Von had just released his album “Welcome to O-Block” in tribute to his hood in Chicago. O-Block has a reputation for being one of the most violent places in Chicago. King Von’s violent death at the hands of gun bullets in Atlanta after a fight among Black brothers emphasizes the need for Muslims to be more involved in bringing peace to our community.

FBG Duck was on his way up in the rap industry with four records in the last five years and countless singles with the Fly Boy Gang rap crew.  Before his own death, FBG Duck speaks about his brother and cousin being shot on the same day.

Malcolm X taught that the Mosque in Black America should never be empty when the surrounding streets are filled with Black men fighting one another. Chicago’s culture of gang violence should urge us as Muslims to be more involved in bringing peace to our community. Mosques in Black communities must be more active in helping young Black men in our areas learn the value of self and just who the real “opp” is.

The history of segregation and state-imposed poverty breeds a culture of survival, revenge, and retaliation. As Muslims, we have to uplift our community.

To Allah, we belong and to Allah, we return. Let us as Muslims honor our brothers King Von and FBG Duck by being more active in fostering brotherhood, sisterhood, and peace in our community.