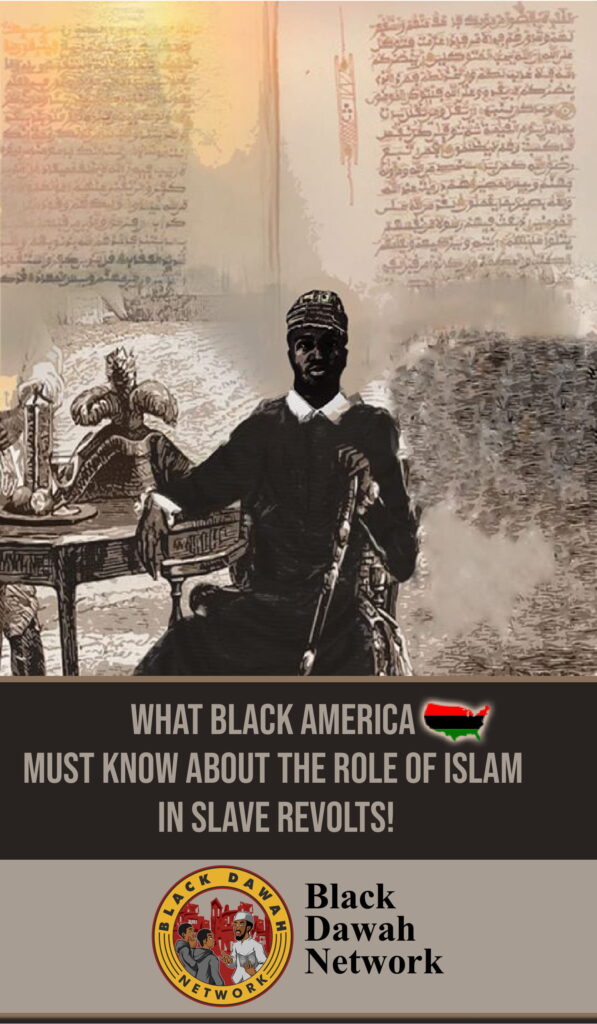 The Black Dawah Network is an Islamic outreach organization that promotes Islamic values in inner-city Black America. The Black Dawah Network’s goal is to not only educate African Americans about the principles of Islam, but to also make them aware of the Islamic heritage of their African forefathers. The time has come for Black America to learn about how their ancestors used the virtues of Islam to fight for their freedom from white supremacy. Historically for Black Americans, Islam has represented a profound symbol of resistance against the destructive injustices of anti-Black bigotry.

Islam has empowered some of the most oppressed Black Americans with the tools to counter and combat white supremacy. The story of Malcolm X is perhaps the most famous example of this blueprint to conscious upliftment. However, there is a long history of black slave rebellions and black independence movements inspired by Islam centuries before Malcolm X. Violent oppression and exploitation of black people are deeply entrenched in Western history. In times of despair, it is imperative to infuse a new sense of faith and way of thinking in the people.

In hindsight, there is nothing “new” about the Islamic way of thinking in black culture. About 15 to 30 percent of the African slaves brought to the United States were Muslim and some historians believe the number to be much higher because the region they came from had become predominantly Muslim centuries prior (Nadir, 2018). Black Americans have been stripped of their heritage from the moment their ancestors arrived in the United States due to the slave-master’s whitewashing. Black Americans should learn about how Islam has historically aided their fight against systemic racism in the Americas.

Read the paper “What Black America Must Know About The Role of Islam in Slave Rebellions.”