“Strive for Allah with the striving due to Him. He has chosen you and has not placed upon you in the religion any difficulty. It is the religion of your father, Abraham. Allah named you “Muslims” before [in former scriptures] and in this [revelation] that the Messenger may be a witness over you and you may be witnesses over the people. So establish prayer and give zakah and hold fast to Allah. He is your protector, and excellent is the protector, and excellent is the helper.” — (22:78) 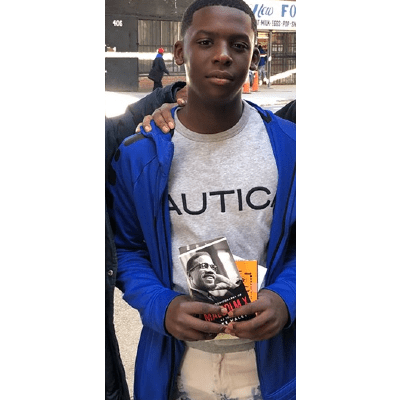 We took that message on October 12, to the 6400 block of South Dr. Martin Luther King Jr. also known as O-Block, after Oddis Perry was killed there.   The Chicago Sun-Times newspaper called this the most dangerous area in the Chicago due to fratricidal gang warfare that has devastated the community. This part of town is also a common hangout for residents of the Parkway Housing Projects which is across the street. The Chicago SunTimes has also noted this area of Chicago of 6400 South Dr. Martin Luther King jr. street had the highest amount of gang-related shootings.The Chicago Tribune tells the gruesome reality of what takes place in this neighborhood:

Christopher D. Brown, 23, was walking in the 6400 block of South King Drive just after 5 p.m. when two people approached and fired several shots.”

Another woman said, “This is just the wrong neighborhood to hang out in. This is sad. Too many lives are getting lost over here in just this one complex.” 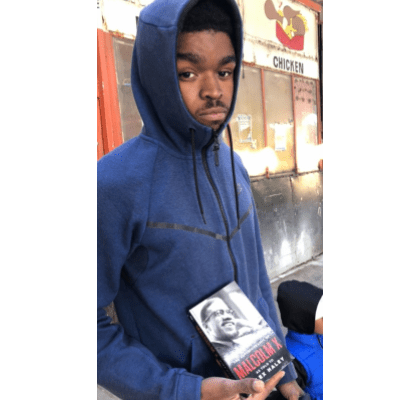 The Muslims came to this community to share the message of peace, to offer an alternative way of life, the message of Islam, and the message of Muhammad, peace be upon him.  The Muslims spoke to nearly a hundred brothers and sisters about Malcolm X, how he elevated himself out of similar conditions and the spiritual philosophy he adopted:   Islam and what Islam can do. Several of the brothers and sisters in O-Block were hungry for more knowledge about Islam. Many received free copies of the Malcolm X autobiography as well as the Qu’ran.

O-Block is also known as the birthplace of drill rap, a Chicago-based, sub-genre of gangsta rap known for its depiction of bravado and urban street life.    Drill Rap, taken from the Chicago colloquial term to ‘Drill’, means to shoot a rival gang. Drill Rap is used by rival Black gangs to issue lethal threats at one another and boast of their weapon arsenal. In addition to gang violence, the neighborhood also suffers from drug addictions and poverty. Providing historical context, the website, History of Chicago Gangs notes:

The Parkway Gardens fell into a slum after HUD seized the property because the complex was already in debt; therefore, HUD could not justify the funding to make renovations and/or repairs leaving the complex to become run down and full of gang and drug trafficking activity.. …The Gangster Disciples and Black Disciples became the main dominating forces in these projects, then between 1989 and 1991 their relations city-wide became worse as they launched into full-scale warfare.  The two gangs waged war over this complex calling it “O-Block” by the 2010s after BD “Odee” that was killed.” 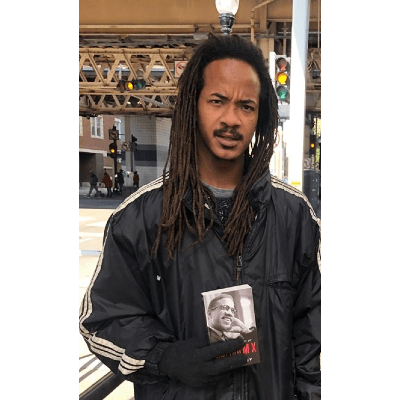 involving cases of police brutality against Black men. Mr. Muhammad said, “When Malcolm X was freed from prison, he went to the Mosque.  He was upset when he saw the empty seats while the surrounding streets were filled with Black brothers and sisters fighting one another, cursing, and using drugs. Malcolm X said with these conditions the Mosque should never be empty and thus went up in down Detroit’s ghettos inviting people to Islam. We are following in this tradition.”

Brother Salim Abdul Khaliq  of the Flamin Crescent Society participated in the dawah effort, “Many of those people were thankful seeing strong Black men who cared about the community. Even when our people are doing wrong, they are looking for guidance and direction.”

Professor Shareef Muhammad, the Director of BDN, also previously taught Intro to Qu’ran Studies at Spelman College explained, “Sharing the wisdom of Malcolm X in this neighborhood carries out the divine mandate first given to our Prophet Muhammad, peace be upon him. The angel Jibril  conveyed from Allah(swt), “Read in the name of thy Lord who taught man by the pen.” The Qu’ran and the Autobiography of Malcolm show that the word can create a new world and new life.”

For Malcolm X, the journey to the right path started from the pits of being a pimp, drug seller, and street hustler. His life turned around when he embraced Islam. It was Islam that uplifted the tribes of the Arabian Peninsula from moral decadence into a rich civilization, the Islam that built the intellectually thriving University of Sankore in Timbuktu, produced such men as Sultan Muhammad a West African Islamic scholar who mastered Euclidean geography, and shaped the civilization where the wealthy Mansa Musa spent his wealth to build Mosques and Islamic centers of learning.

It is this Islam that can uplift our brothers and sisters.  The monumental follow up event   titled “Stopping the Conspiracy To Destroy Black Youth” will be on October, 26th, at 2pm  at  Tuley Park FieldHouse 501, E 90th Place.