These words of Lil Durk are not just lyrics to a rap song but narrate the tale of tragedy and travesty that is associated with the life of Black men in Chicago, as early deaths or incarcerations become the fate of young black Americans leaving their family in poverty and misery.

The reasons are simple, times have changed but the tools of oppression remain the same. During Colonialism, the Englishmen used to believe in ‘Divide and Rule,’ the same idea was implemented in America with nternal colonalism with a slight modification: divide them so they keep killing each other.

In the rhythm of Drill Rap and Gunfire, engulfed with the scent of drugs and liquor another America lives inside the United States of America. Welcome to Chicago where the exploitation and deprivation of the Black Community prove that there is no American dream.

There are innumerable examples where various gangs resorted to violence against rivals leading to loss of lives. So many kids became orphan and so many Black mothers lost their sunshine. Who profits from this gang rivalries and bloodshed?  The racist institions of America in the form of the prison industrial complex.

The words of Lil Durk’s father Dontay Banks; A man who converted to Islam in jail, being suspected of involvement in a cocaine ring, and rose to the prominence of being an Imam in prison, provide the best understanding of the issue:

“This is the one thing politicians, people from the political realm do not understand when it comes to changing them inner-cities, changing the streets, changing the violence, one thing they need out there is Islam. If we can get everyone to understand that As Allah Says in the Qu’ran you will not change the condition of a people until they change what is in themselves.” 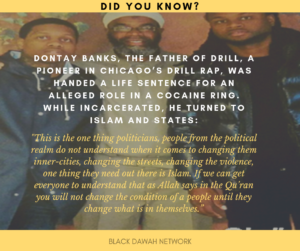 Indeed this political system is impotent when it comes to addressing the Black sufferings and tackling the ongoing social, economic, political and legal apartheid in America. The fact is nothing changes even after getting an African American as the President because the roots of institutional racism run deep in the state structure.

Tracing the roots of Institutional Racism in Chicago

Police are the most potent means of enforcing the law and maintaining order, in case of Chicago it ensured injustice and racism. The example of the former Chicago police commander Jon Burge, who tortured Black me  in his South Side police district. His “midnight crew” of detectives  shocked their victims  with cattle prods. The Black men were also  smothered with typewriter covers and had guns shoved in their mouths. Also, there is the example of officer Van Dyke  which still haunts the Black community in Chicago. Van Dyke shot the black teenager Laquan McDonald some 16 times, while his fellow officers while filing their reports attempted to cover up and justified Van Dyke’s use of force. This event brought national spotlight but nothing changed

In matters of housing the Samuel DuBois Cook Center on Social Equity at Duke University and the Nathalie P. Voorhees Center at the University of Illinois-Chicago’s report that aimed to calculate the amount of money extracted from black homeowners on the city’s South and West sides from home contract sales. The report is titled “The Plunder of Black Wealth in Chicago: New Findings on the Lasting Toll of Predatory Housing Contracts.” Black families in Chicago lost between $3 billion and $4 billion in wealth because of predatory housing contracts during the 1950s and 1960s.

The unhealthy environment is another manifestation of segregation and institutional racism. Most of the areas inhabited by the Black community today were former industrial zones or remained the dumping ground of toxic materials. “When the general American gets the flu, the black and brown community gets pneumonia,” these words of Cheryl Johnson executive director of People for Community Recovery (PCR) while sitting in her Altgeld Gardens complex office telling  the tragic tale of Black oppression.

The Silver Lining for the Oppressed

For Chicago, the method of white supremacist ideology is to keep the Black youth divided into gangs, high on drugs, spewing internal violence against one another via drill rap. The outcome is either death in gang violence or incarceration. If a man happens to stay away from this, chances are a racist cop might kill him because for them all Black men are criminals. The reason is to never let the young generation of Black men  take charge or hold the racists accountable for their misdeeds. Dividing and conquering the Black community through gang violence, drugs, and weapons. And to ensure all stays the same there are institutional measures like contract housing and segregated living with deplorable environmental conditions. So what’s the silver lining, where is the ray of hope?

As respected Brother Bilal Abdullah in a recent lecture stated:

“Change your condition by avoiding the pitfalls of white supremacy in the hood. I encourage you to read the autobiography of Malcolm X, a brother who like you came from the hood, but he fell into the pitfalls but came out of it a new man.”

Surely in Malcolm X liesa role model  for African American youth, The story and the legacy of Malcolm X remains the beacon of light that has and continues to guide countless men and women from oblivion and pitfalls to reckoning and enlightenment. For Malcolm X the ray of hope and change: the transformation, the journey to the right path started from the pits of being a pimp, drug seller, and street hustler.  So how did Malcolm X transformed from a pimp to the most polished and celebrated figure for the Black community? Well, the answer lies in one word- Islam. It was nothing but the embrace of Islam that became the turning point of his life.

The story of Malcolm X remains the trait of Islam, Islam has uplifted the tribes of the Arabian Peninsula from moral decadence into a rich civilization, the Islam that built the intellectually thriving University of Sankore in Timbuktu, produced such men as Sultan Muhammad a West African Islamic scholar who mastered Euclidean geography, and shaped the civilization where the wealthy Mansa Musa spent his wealth to build Mosques and Islamic centers of learning.

The institutional racism that creates such harsh conditions for Black people is an obvious evil and the Muslims must hate it in our hearts, speak out against it with our tongues, and most importantly we must work to change it through communicating the message of Islam within the oppressed urban ghettos so that they may begin to change themselves from the inside so that Allah (SWT) may change the conditions under which many have been forced to live.

Oh Black Youth! There are fame and money and then there is a state of being content. The later is lasting as money can be spent away and fame will fade but a heart that is content shall shine like a star till eternity. It is true sinful ways have their charms; gangs, drugs, weapons not only bring money and fame but also death or jail time eventually. Many come and lost their lives in the desire to make it to riches. Many chose music to earn a dream living but the fact is never found the content and satisfaction and resorted to seeking help from the Creator- ALLAH (SWT).

For the brothers and sisters of Chicago, the words of Englewood’s own proud son Lil Durk in his rap song: Public Housing spill and spell the message:

I came from public houses to a mansion

I lost my family I was feelin’ stranded

I seen my son he a throw a tantrum

And having described his anxieties, whom he calls for help?

I asked Allah can he give me guidance

Indeed ALLAH (SWT) is the lord, the creator, and the provider. To him, we belong and to Him, we shall return but we can no longer allow the white power structures to hold our Black people down. On  Feb, 22nd to Feb 23rd, 2020, the Black Dawah Network is launching the Malcolm X Annual Day of Dawah. The Black Dawah Network will be in the South-Side of Chicago  handing out free copies of the autobiography of Malcolm X, The Holy Qu’ran,  and offering them the dawah so that they can be inspired to change the conditions inside of themselves. This is the righteous way and the most sagacious means of ending the oppressive conditions. The  cure is here for drugs, crime, and the horrific miseries.  If you are a Mosque in or around Chicago and would like to participate in the Malcolm X Annual Day of Dawah, fill out the following form. 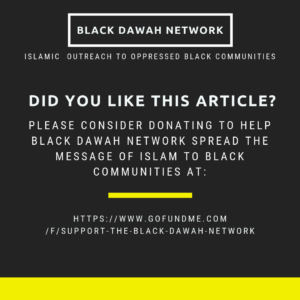 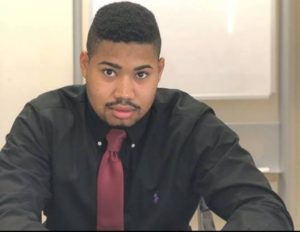 Hakeem Muhammad is from the South side of Chicago, is the founder and president of Black Dawah Network.  Muhammad has lectured and taught in the areas of Black Political Thought and  Critical Race Theory at U.C Berkeley and Harvard University. Muhammad is currently a Law Student and a scholar of Public Interest Law.  Muhammad has worked as a student-attorney in the areas of Prisoner’s Rights and Criminal Defense of indigent clients. Muhammad was selected for the National Association of Criminal Defense Lawyers fellowship that pairs students to work under top criminal defense practitioners in the country.